Patterson in, Luck out 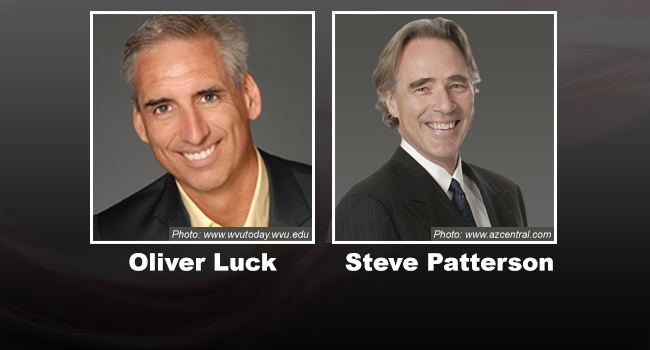 We get to enjoy Luck for a while longer!
Check it out:

Multiple media outlets have reported Arizona State’s Steve Patterson will be hired as athletics director at Texas, ending a search that began with West Virginia’s Oliver Luck as the frontrunner.

Another tweet from Brown: “Steve Patterson’s management and marketing skills and no-nonsense approach to making tough decisions gave him the edge.”