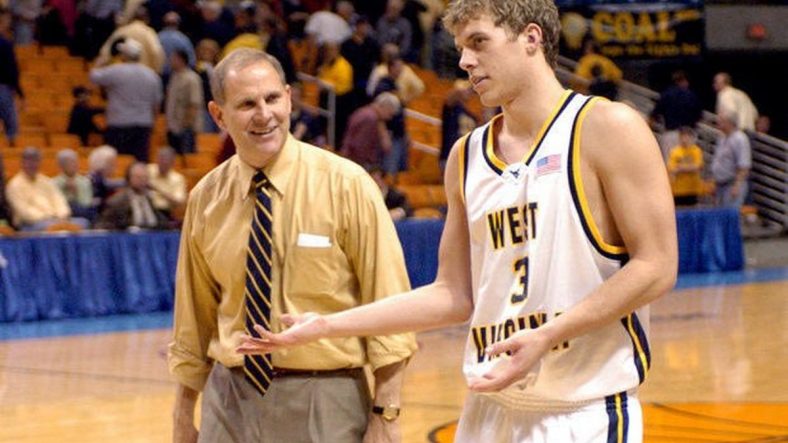 Appearing to be on a career path that is eerily similar to his father, Patrick Beilein is expected to be named the head coach of Niagara University men’s basketball team.

NEW: Patrick #Beilein is expected to be named as the #NU men's basketball coach, according to a report. https://t.co/H8SJsjiIds

After coaching LeMoyne College, John moved on to Canisius, who is a conference foe of Niagara. He spent five seasons at Canisius before moving on to Richmond for five years and then was the head coach of West Virginia for five years.

If Patrick is on the same path as his father then we’ll see him coaching the Mountaineers in about ten years and Michigan in fifteen.

For many Mountaineer fans when they think of Pat Beilein, they think of him raining threes in the first half of the Elite Eight against the Rick Pitino led Louisville Cardinals. If you’re having a slow day, the entire game just so happens to be on YouTube.

So where do Mountaineer fans currently stand on the Beilein family? I admit, I still root against Michigan every time they take the court. Did I do that before they took both of our coaches? Most of the time. But now it’s a lock. Do I eventually still call him John Be Lyin’? Absolutely. It’s a business. Allegedly his wife hated it in Morgantown and he moved on to a more lucrative position.

He’s a really good coach. For some reason, certain analysts and Mountaineer fans like to push the envelope on how great he really is. Some even say he’s the best college basketball coach. That’s insane. He does have two Final Fours at Michigan and they are looking very tough. His team does have an aesthetically pleasing style of play. But there are easily ten coaches better than him right now. And one of them resides in Morgantown.

While in Morgantown, he put together some very fun, unique teams. It was fun while it lasted and we both have moved on for greener pastures.

As far as Patrick goes, we wish him nothing but the best at Niagara.