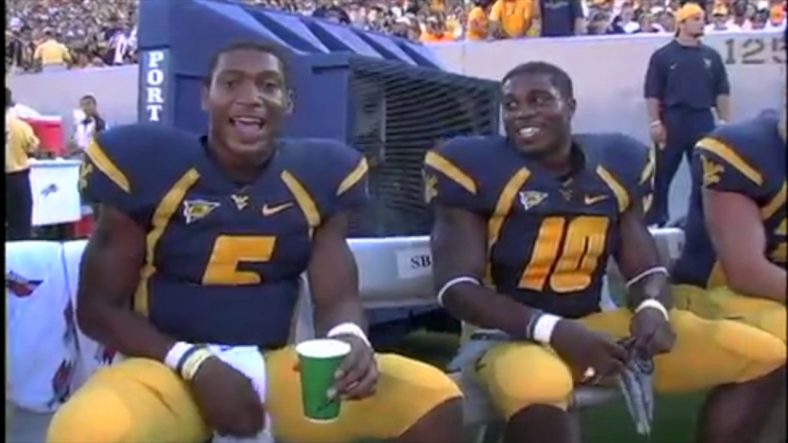 If you want to bring a smile to a Mountaineers fan, simply mention the name Pat White. He won four bowl games while he was the starting quarterback for the Mountaineers.

Pat brought his brother Coley to WVU. Now there’s another member of the White family member who has that incredible agility.

White took to Twitter to hype up his newphew on Monday.

Mountaineer fans definitely took notice of this tweet by their former quarterback. Check out some of the responses:

Hype your alma mater, hail WVU. One of the best to ever wear the old gold and blue. I miss watching you play.

Great stuff from Pat. It’s great he’s still so passionate about football. He’s a quarterback coach at Alcorn State and is still making time to catch nephew break ankles on the football field.