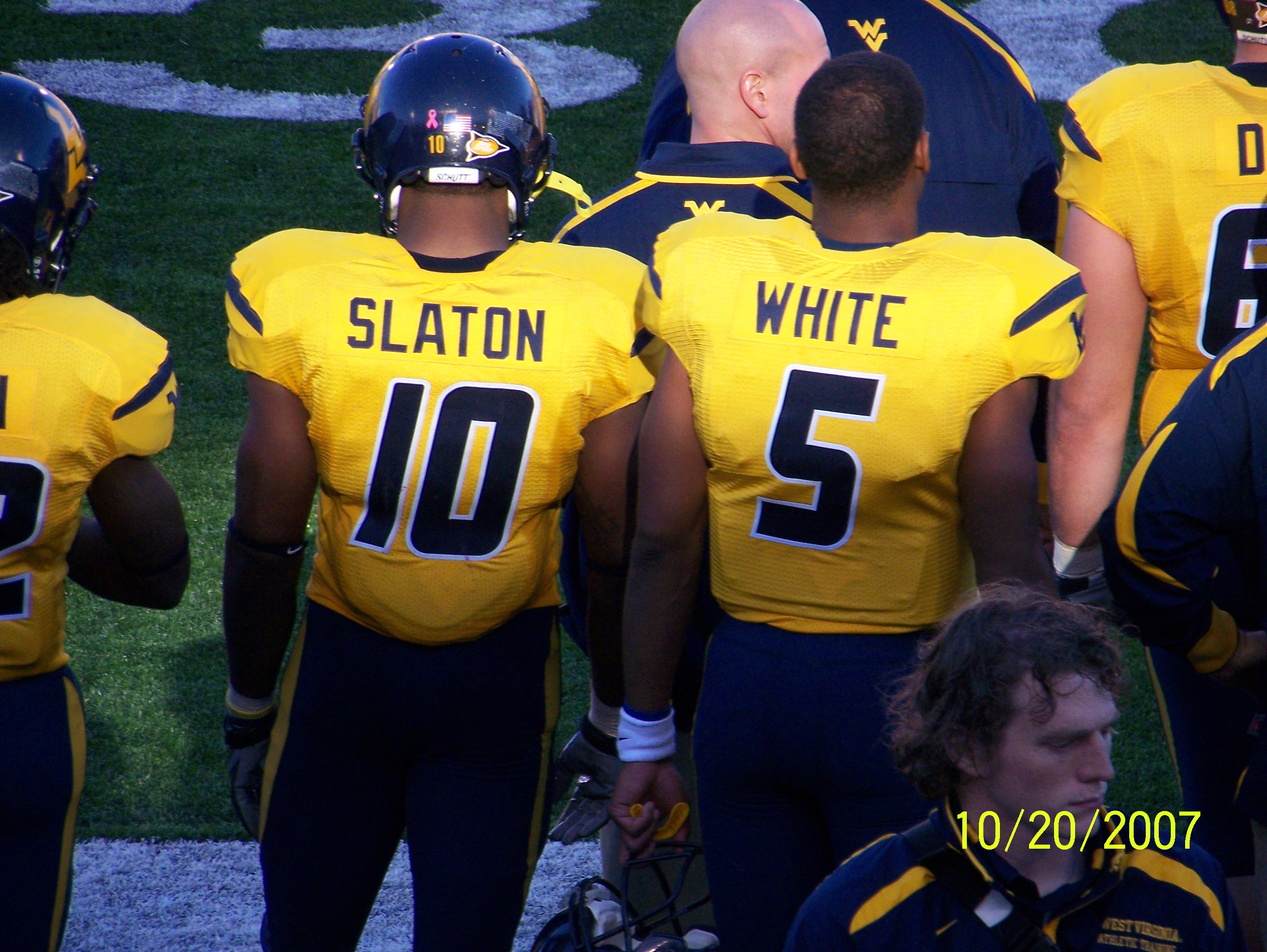 This past weekend West Virginia University football honored the 2008 Fiesta Bowl team. The team featured stars Pat White and Steve Slaton among others.

After the weekend the two expressed disappointment with their treatment while on the “Pat White Podcast.” The show features White and Slaton along with WVU fan and broadcaster Matty Staudt as the host. White and Slaton reflect on whether or not they should have came back to the school and whether they’ll come again.

The two feel that since moving to the Big 12 the Mountaineers have turned the page on their Big East days. This makes both of them feel unwelcome.

“We talk about this all the time, not just on the show, but all the guys from 10 years ago,” Slaton said during the podcast. “We were from the Big East, so it was a whole different kind of staff involved. We were in the Big East for so long, then, when we went to the Big 12, a different staff came in, and we are viewed a little bit different, I think.”

There was a reunion scheduled to honor this great team that came back from a devastating loss to Pitt to take down Oklahoma in the Fiesta Bowl by a final score of 48-28. In that game White rushed for 150 yards and threw for 179 yards and two touchdowns.

According to White and Slaton the reunion was a very makeshift affair.

“I had other plans that I had to change,” White added.

The weekend of festivities kicked off with a reunion party and dinner at Schmitt’s Saloon, which happens to be ran by Morgantown legend Owen Schmitt. Another all-time Mountaineer great on the Fiesta Bowl team.

“Friday, we went to Schmitt’s Saloon and had a dinner with a bunch of the Fiesta Bowl team,” White said. “I saw managers; some of the current coaches came out.”

“It’s been 10 years. Friday night was a great thing to see all the players because we are all spread out across the United States. It was good to reminisce about old times,” Slaton added.

It’s very surprising that WVU itself didn’t reach out to Slaton for the festivities.

“As far as the 10-year reunion, I wasn’t really reached out to from WVU itself to come down,” Slaton said.

Slaton felt shafted by the process.

“I feel there is a disconnect just because we are not their guys. It’s a whole new different thing. The guys that control the alumni are not a part of the Big East crew,” Slaton said.

Pat White agreed with his stance.

“It’s almost like you are a nuisance for coming up here,” he said. “I’m sorry I showed up. You invited me, but OK, I’ll sit out in the parking lot and wait for Nissan to come get me.”

White and Slaton continued to talk about their treatment.

“Let me give you a example of how a game day will go,” White said. “Park miles away from the stadium. Walk through the entire crowd. See some people you haven’t seen in a while. See some random people who are snapping photos of you.

“I mean, you get to the facility where you spent four or five years and you knock on the door and it’s ‘No, you can’t come in here.’ All right, I’ll go home.”

Then Slaton sounded off on the issue.

Keep in mind White had brought his kids to show them around for the first time.

“I couldn’t even show my kids the locker room or the Hall of Fame, where I have things that would be there for a long time,” Slaton  said.

West Virginia University should have been delighted to have two all-time greats at the game in Pat White and Steve Slaton. Being a 35 year old Mountaineer fan they were unquestionably a part of the golden era of Mountaineer football since I’ve been alive. Honoring your past goes a long way in building your future. This issue needs to be addressed.