Pat McAfee Trolls Rich Rodriguez Like Only He Can 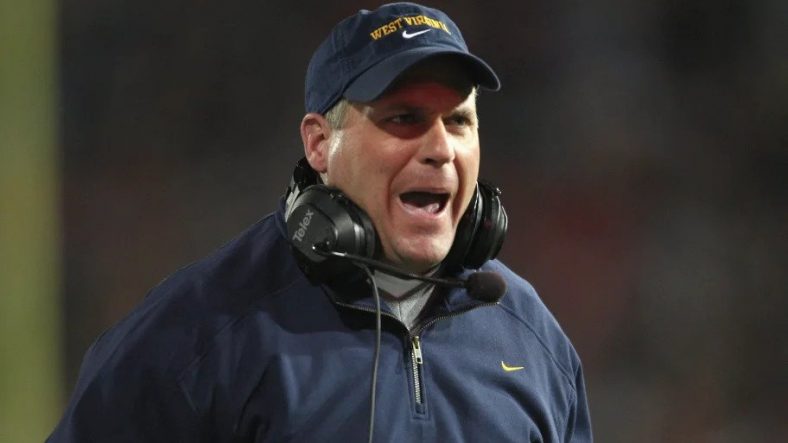 Former Mountaineers Rich Rodriguez and Pat McAfee have both started new jobs and are having varying degrees of success.

Rich Rod is the offensive coordinator for the Ole Miss Rebels. In a video that his since went viral from the coaching booth, Rodriguez goes absolutely nuts and starts repeatedly punches his hand before ripping his headset off and screaming while everyone around him pretends they are invisible.

Pat McAfee had a look at the video and added some humor to the situation like only he can. Check out the tweet:

When you have a party at your house the night training camp ends & the entire city of Morgantown stops by including most of the coaching staff BUT a couple of your teammates get 5-0’d after leaving ur house.

& you walk into the facility the next morning pic.twitter.com/vxaf7uBrnh

This isn’t the first time McAfee has made light of a situation Rodriguez was involved with to create some humor.

For instance there was the time he said the team went out partying all night because they thought Rich Rodriguez was headed to Bama. The following morning the team was called in for a meeting where Rodriguez told them he’s not going anywhere.

There were 20 of us players out at a bar..This pops up on ESPN..the place became the biggest party I’ve ever been a part of..Next morning, team meeting’s called, his whole family & agents in the room, he cries, “I’m not going anywhere”..We all walk out hungover..Saban goes 2 Bama https://t.co/Rt4bvzNb55

Imagine how different the college football landscape would be if Rodriguez took the Alabama job. Where would Saban have ended up in his return to college? Things would be very different right now.

Despite McAfee recently speaking on why he hasn’t returned to Morgantown, there are many Mountaineers fans who would love to see Patrick return.