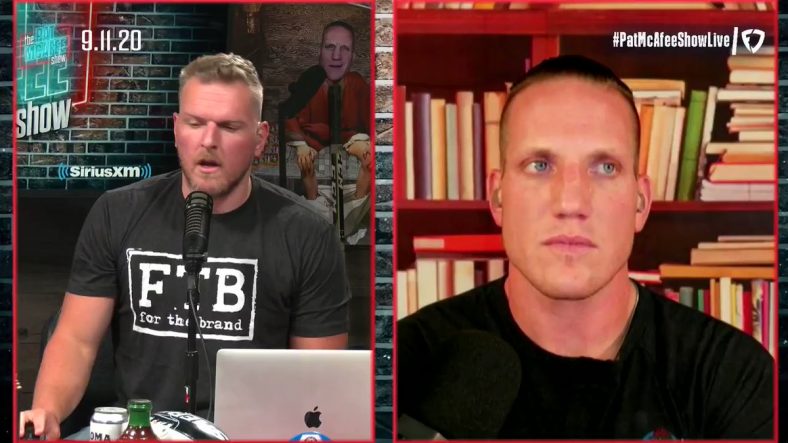 It’s gameday, West Virginia. As if we need any more reason to be fired up. But in case you do, we have you covered.

Yesterday on the Pat McAfee Show, the former Mountaineer brought on former Buckeye AJ Hawk so he could serenade him with Country Roads.

Gotta love how the boys join in. Give Hawk credit, he stuck it out while sipping on his drink and puffing on his cigar.

It’s going to be tough when the game ends today and we aren’t able to join together and sing “Country Roads” at the conclusion. Instead, we’ll all be doing it from our living rooms.

West Virginia vs Eastern Kentucky is set to kick off at noon on FS1.