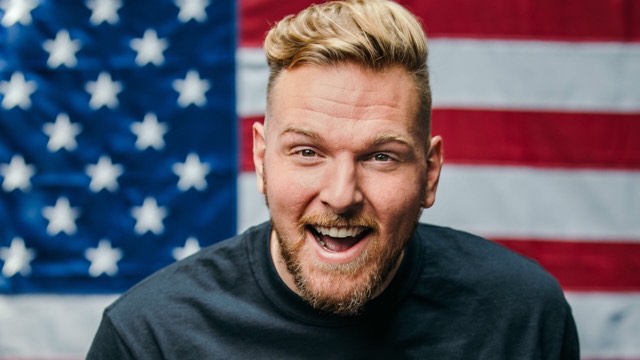 Pat McAfee was a very successful kicker and punter at WVU. He’s the all-time leading scorer, played two positions and was an All-American to name a few of his achievements. Despite this many people remember his time at WVU for one thing: missing two short field goals against Pitt in the 13-9 decable.

After playing in the NFL for the Indianapolis Colts for eight seasons. After the 2016 season he walked away while he still definitely had some good years left in his leg.

Since then he has ran with the Pat McAfee Show and it has became very successful. At first he was a part of Barstool Heartland, but has since moved on from them and does his own thing.

On top of that, McAfee was also hired by ESPN to do commentary during college football games. For most NFL punters it would be a mistake to walk away from the NFL salary with gas in the tank, but McAfee is killing it with his career after football.

During the latest episode of the Pat McAfee Show, Pat talked about why he hasn’t been back to Morgantown in so long.

“It’s hard to go back to a place where you get 27 death threats,” McAfee said. “Anytime you talk about it you get somebody to tweet you, ‘yeah but if you would have made those two kicks for a national championship.'”

“Yes, I definitely should have made those two kicks. I agree. 100% agree. I wish I would have, by the way. I thought about disappearing after that game, so it’s a very terrible time in my life. So whenever it gets reminded to me every single time I talk about a school, you can see how I could build up a potential resentment towards a place.”

“I don’t know man,” Pat said to the hypothetical question if he will ever come back.

Pat also commented on Rich Rodriguez and Dana Holgorsen. He thinks the fans will come around on Dana as he believes they have with Richrod.

He has a point. While a ton of people are anti-Rich Rod, there are many others who have came around and made peace with Rodriguez.

WATCH: Pat McAfee on Why He Hasn’t Been Back to Morgantown in so Long

A lot of people have asked why I haven't been back to #WVU in a while #PatMcAfeeShowLIVE presented by @DAZN_USA pic.twitter.com/757XUdEAzr

You can tell this means a lot to Pat when he talks about this. He’s very conflicted. On one hand he definitely has a lot of great memories in Morgantown. But on the other hand, death threats and people refusing to let go of it are no joke.

It’s a shame that there are knuckleheads out there that make death threats to a college kid who was giving it his all.

We’d love to have you back in Morgantown Pat, but after hearing your side of the story it’s hard to blame you if we don’t get that privilege.