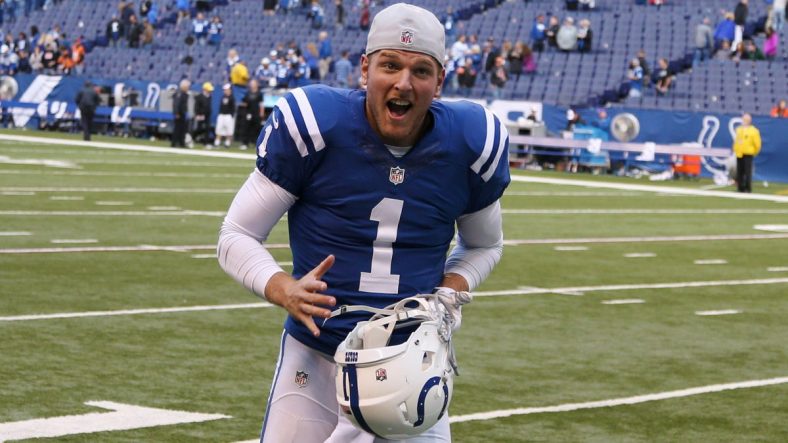 Pat McAfee, the all-time leading scorer in WVU football history, recently talked about why he hasn’t returned to Morgantown during the Pat McAfee Show.

He talked about what he went through after he missed two field goals against Pitt in the famed 13-9 loss. McAfee talked about the death threats he received and how people on Twitter still double down on it when it comes up.

A lot of people have asked why I haven't been back to #WVU in a while #PatMcAfeeShowLIVE presented by @DAZN_USA pic.twitter.com/757XUdEAzr

In case you haven’t been following, there is a completely new coaching staff in place in Morgantown, led by head coach Neal Brown. A guy who does things the right way. In fact, Brown reached out to McAfee on Twitter to let him know he’s welcome anytime.

@PatMcAfeeShow you are welcome back anytime! Just let me know https://t.co/eiotKXOf7P

Yet another example of how Neal Brown gets it. Pat McAfee is a Mountaineer legend and Brown wants to make things right with him. For every stupid Mountaineer fan who wished death on McAfee there are a thousand more who love him.

Pat noticed the tweet from Coach Brown and issued a response that will make Mountaineer fans smile everywhere:

Hey @NealBrown_WVU, I appreciate you. I was lucky to be a Mountaineer. ‘Twas an honor to watch @P5White, @Steve23Slaton, @SchmittsSaloon, @Ndevine07, @livereediculous, & the boys captivate the world while reppin Almost Heaven.

Thanks for the kind words, good luck.

It really sucks when a few people let their emotions get the best of them. A college kid misses a few kicks and people send him death threats. Absolutely disgusting.

Something tells me the end of this is near and we will have Pat back in Morgantown. Coach Neal Brown along with the Mountaineer fans are in the process of speaking it into existence.