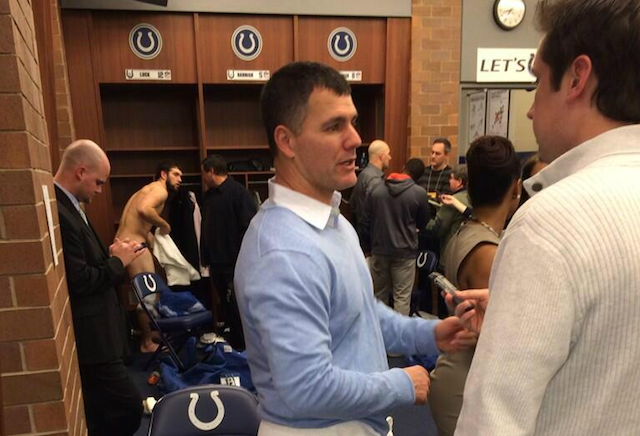 Oops. Pat McAfee is a great guy and I’m sure this was an accident. He even sent a very heartfelt apology right after.
Check it out:

Things got pretty exciting in the Colts locker room after Indianapolis came back from a 38-10 halftime deficit to beat Kansas City 45-44 on Saturday. Colts punter Pat McAfee wanted to share that excitement with his almost 170,000 followers on Twitter, so he tweeted out a picture of Indy’s locker room.

I feel awful for that Luck photobomb.. Really thankful all his parts were covered.. And now I'm hoping the future HOFer forgives the mistake