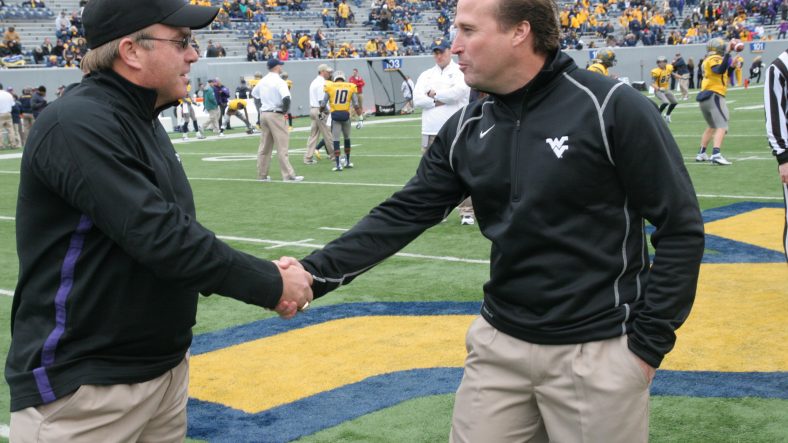 Thanks to conference realignment, the school found itself removed from the upper echelon of college football. Nevertheless, it focused its efforts on the football program, finishing in the top ten of polls and appearing in BCS bowls multiple times. Finally in late 2011, an invitation to join the Big 12 Conference arrived. The football program underperformed amidst high expectations during the 2012 season, and midway through 2013 it finds itself struggling to become bowl eligible.

The story of the West Virginia Mountaineers? No, this tale is about the Texas Christian Horned Frogs.

Clearly there are several parallels between the football programs in Morgantown and Fort Worth. A long-time member of the Southwest Conference, the TCU program was devastated in the mid-90s when the conference dissolved and Texas, Texas A&M, Baylor, and Texas Tech left to start the new Big 12 Conference. Undoubtedly this was far more damaging to the program than WVU remaining in the Big East following the ACC raid in 2003. TCU proceeded to bounce around between the WAC, Conference USA, and the Mountain West Conference before accepting invitations to join the Big East and subsequently the Big 12.

Certainly it would have been easy for TCU’s football program to fade into oblivion. After all, the other original Big 12 rejects, Rice, Houston, and SMU, have combined to finish in the rankings only one time since 1996. TCU chose to invest in its program, though, and found a pair of great coaches first in Dennis Franchione and then Gary Patterson.

Patterson built the program into a juggernaut, led by a suffocating defense. Since taking over in 2000, his teams have finished the season ranked 9 times. Most impressive was a 13-0 record, #2 national ranking, and Rose Bowl victory in the 2010 season.

Like the Mountaineers, though, Patterson’s Horned Frogs have fallen on tough times in the Big 12. Heading into Saturday’s game, the teams sport identical 3-5 overall and 1-4 conference records. It’s clear that the game is a must-win for either school’s chances at playing in a bowl game. That importance has not been lost on head coach Dana Holgorsen.

Saturday’s game at Amon G. Carter Stadium kicks off at 3:30 p.m. Eastern. It will be televised on ESPNU.