Pair of Mountaineers Are Anchoring a Revived Raiders Secondary 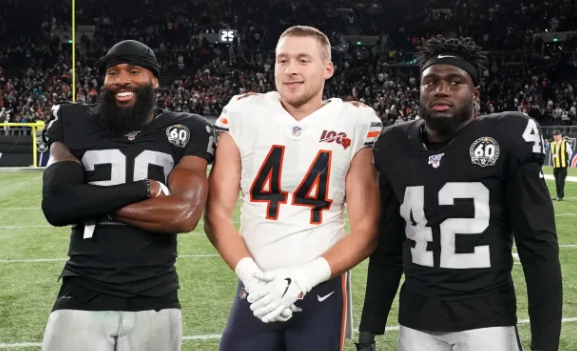 Coming off of a win over the Chicago Bears, the Oakland Raiders are one of the surprising NFL teams. One of the reasons is a pair of Mountaineers in the secondary.

Daryl Worley and Karl Joseph started at cornerback and safety for the Raiders when they took on the Bears in London. They both had five solo tackles in the 24-21 win.

Late in the fourth quarter it looked like Worley made a game sealing interception, before the referees took it away on a bogus roughing the passer call.

Here is the HORRIBLE roughing the passer call on Maurice Hurst that took away a Raiders INT… #OAKvsCHI pic.twitter.com/pgGooNxjYz

Raiders fans are taking notice of the play of Daryl Worley:

Here is the HORRIBLE roughing the passer call on Maurice Hurst that took away a Raiders INT… #OAKvsCHI pic.twitter.com/pgGooNxjYz

Daryl Worley is furious that his pick was taken away from a roughing penalty. Can't blame him for that.

During his first few seasons in the NFL Worley dealt with some personal issues but it looks like he has put that aside and has became a solid pro for the Raiders.

On the opposing Chicago Bears defense there’s former Mountaineers linebacker Nick Kwiatkowski. Nick got the start in the previous game, but against the Raiders Roquan Smith returned and was back in the starting lineup.

It’s great to see former Mountaineers getting the chance to prove their worth in the NFL.