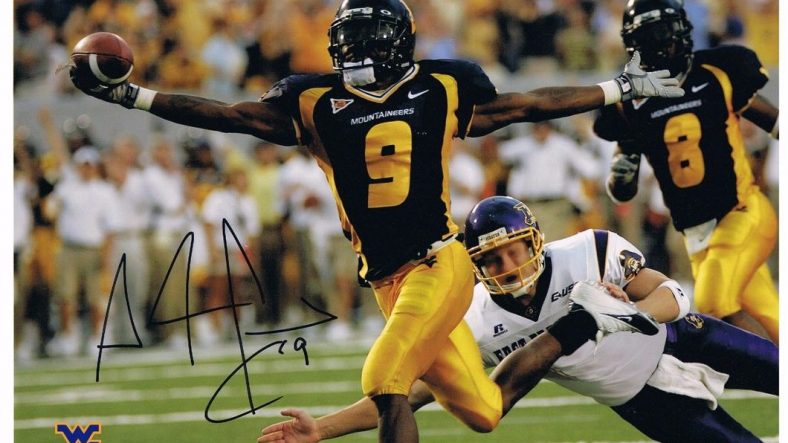 Adam “Pacman” Jones, former West Virginia star and who most recently played for the Denver Broncos, announced his retirement from the NFL today.  Jones, 35, was a first team Big East player and honorable mention All American during his Junior year at WVU.  Following his Junior year, he decided to enter the NFL draft and was picked #6 overall by the Tennessee Titans in 2005.

Jones was a first team All Pro in 2015 and a Pro Bowl player in 2015.  His career in the NFL had its ups and downs, though, as he struggled with off the field issues throughout his time in the NFL.  He was suspended for the entire 2007 season and part of the 2008 season due to his off the field issues.  Jones’ legacy will unfortunately be that of an extraordinarily talented player that couldn’t stay out of trouble.

Within the past year, he was arrested inside a casino and was also involved in a fight at an airport with an employee.  Despite his struggles with the law, Pacman Jones was a gifted Mountaineer and we wish him all the best with his future.