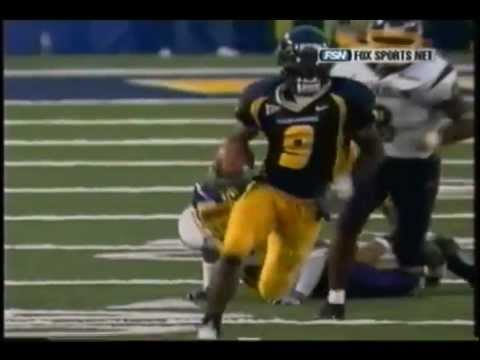 NFL cornerback and former Mountaineer standout Adam “Pacman Jones was arrested after being suspected of cheating at the Rising Star Casino which sits on the Indiana-Kentucky border. Jones will be held without bail until Thursday on an out-of-county warrant.

The Indiana Gaming Commission released a statement that said their agents were “called to investigate a patron for possibly cheating at a table game.” That patron was the one and only Pacman Jones. When Jones was confronted he became “combative” with the agents.

Pacman was a standout corner for the West Virginia Mountaineers from 2002 to 2004. He passed on his senior season to be eligible for the NFL Draft and was taken sixth overall by the Tennessee Titans.

When you look at his rap sheet, it’s pretty incredible that his NFL career has lasted this long. He has been in the NFL from the time he was drafted until November 20, 2018 when he was released by the Denver Broncos. He did miss the 2007 and 2009 seasons. He is currently a free agent and has not made any announcement about retiring.

During his time at WVU, Pacman had some classic moments. One of which was a fade route where he went up and took the ball away from Miami Hurricans tight end Kellen Winslow.

It’s been a rough road for Pacman Jones, but he definitely made some incredible plays in a Mountaineer uniform.