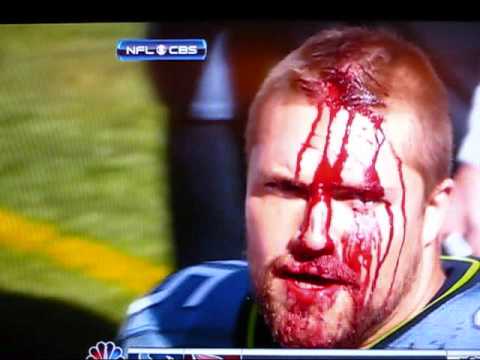 Owen Schmitt To The XFL? Sports Illustrated Likes The Idea

Owen Schmitt To The XFL? Sports Illustrated Likes The Idea

Perhaps a Mountaineer great could be going back to the gridiron. According to Sports Illustrated, Owen Schmitt to the XFL is something that should definitely be looked into.

Does anyone embody the type of image the XFL is looking to portray more than Owen Schmitt? During his NFL days he was playing for the Seahawks and splitting his own head open on the sideline.

Before his time in the NFL, Owen Schmitt was a fullback that every Mountaineer fan adored. The “Runaway Beer Truck” was was a fan favorite in Morgantown, to say the least.

This kind of passion is something Vince McMahon appreciates.

XFL will be back after a 19-year hiatus. Sports Illustrated thinks he would be a great fit in their list of ten players they want to see in the league:

Nothing says good old-fashioned football quite like smashing your own head open for no real reason.

By the time 2020 rolls around Owen will be 35 years old and has not been in the league since playing for the Raiders in 2012.

Who knows, maybe he will be ready to give it a go. He seems very content in Morgantown with the success of Schmitt’s Saloon, but if he wants more shot at glory on the football field this may be an opportunity for him.

It might be a longshot, but if the XFL wants to get people watching and buying tickets, then people like Owen Schmitt need to be a part of it. Other guys like Johnny Manziel, Tim Tebow and Brock Lesnar would do a great job of getting casual fans talking about the league.