Owen Schmitt Talks About The 2008 Fiesta Bowl Win Over Oklahoma 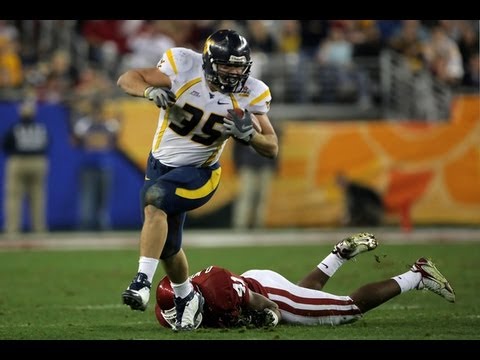 If you were wondering about Owen Schmitt he still calls Morgantown home and owns an amazing establishment called Schmitt’s Saloon.

With the 10 year reunion of the 2008 Fiesta Bowl win coming up, Schmitt took some time out of his day to talk about the game.

It's the 10-year reunion for the 2008 #WVU Fiesta Bowl team this weekend. @OwenSchmitt was pure gold when we talked about the game. pic.twitter.com/wy8wRYUybg

If you look up fullback in the dictionary there should be a photo of Owen Schmitt next to it. It’s been reported that Schmitt broke 10 facemasks during his time as a Mountaineer. He cleared a path for the deadly combination of Pat White and Steve Slaton. Schmitt was no slouch himself when he got the ball in his hands which is evident to anyone who watched the Fiesta Bowl win over Oklahoma. The team also featured stud running back Noel Devine. White, Slaton and Schmitt all graced the cover of Sports Illustrated back in 2006. 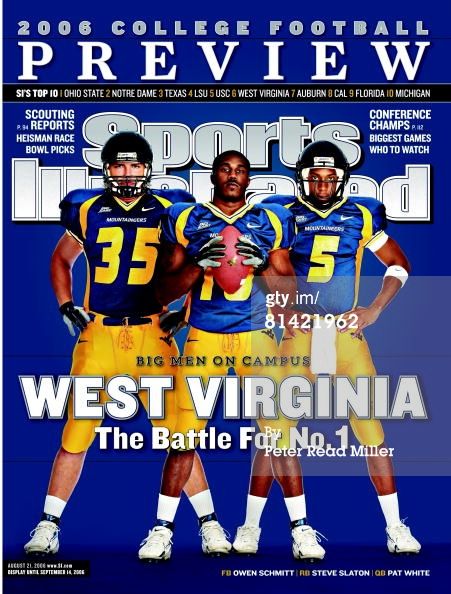 During the 2007 season WVU was able to recover from a  loss to South Florida and enter the final game of the season in the driver’s seat for a trip to the national championship. That chance was spoiled by rival Pitt in a 13-9 loss for the Mountaineers.

After the loss, the Bill Stewart-led Mountaineers took out all of their rage on the Oklahoma Sooners, destroying them by a final score of 48-28. The final game was a great showing by the Mountaineers, but the 13-9 loss to Pitt will forever sting any Mountaineer fan.