Over the Weekend West Virginia Fans Proved They Are the Best 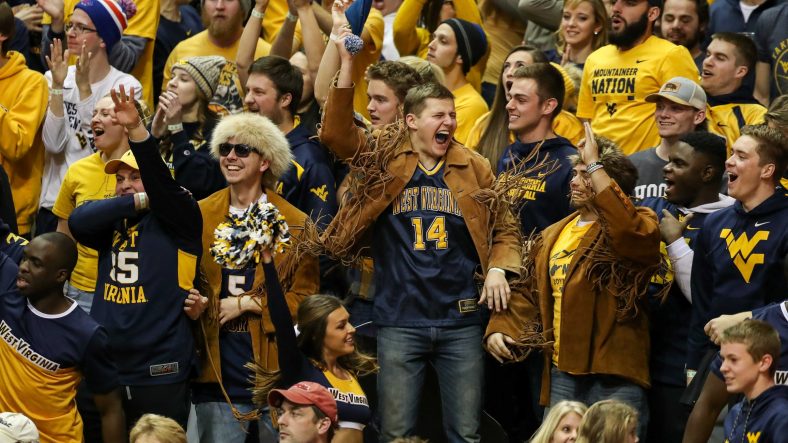 Time and time again, West Virginia fans step up in a big way when it comes to supporting their team. Over this past weekend a team of WVU alums assembled by John Flowers played in TBT, competing for the winner-take-all $2 million prize.

When I found out Best Virginia is in the Richmond region, I was anxious to see how many Mountaineer fans would make the trip. As anyone from West Virginia knows, the trip to Richmond is not a short one. No matter how many out-of-state people assume that we are in the same state and very close.

The West Virginia fans who showed up to cheer on Best Virginia did not let the team down. They had the gym rocking. Sure, there are some locals in the Richmond area, but many people made the 5 hour drive to see these guys represent their state on the basketball court one more time.

Take a look at the West Virginia fans going nuts during the game against Overseas Elite.

Who could forget when Jaysean Paige slammed home the alley-oop against Seven City Royalty to secure the win and advance to the second round? The Mountaineer-dominated crowd went nuts for it.

#4 Best Virginia SHOWED OUT in their TBT debut and blew the roof off the gym with this HUGE game-winning alley-oop! #MoneyMoment #TBT2019 pic.twitter.com/HtoWypTE2l

The passion of the Best Virginia fans did not go unnoticed. John Flowers took to Twitter to mention how the crowd was lacking now that WV Nation is gone.

Crowd is terrible at VCU for the TBT now that WV Nation is gone ?? damn I love y’all

There were many more tweets showing love to the fans as as showing their appreciation for being able to take part in this event:

What an incredible few months it’s been.

Exhibition games in Beckley and Martinsburg.

Traveling to Richmond and playing two games as a first-time team.

Most fun I’ve had in any summer taking part in everything we did! Appreciate my guy @jflow41 for having me and s/o to all my teammates this summer. True pleasure to ball with my guys!

Also we received some good news about the injury to Juwan Staten:

I’m good btw MountaineerNation! I appreciate all the support and concern! #TooBlessed2Stress

In other news there are grumblings that there could be a Morgantown regional for TBT in the 2020 edition. How exciting would that be?

Wait for the Morgantown regional with TV's @gfcoyle warming up the home crowd https://t.co/FUXqeSOPM5

What a great experience for the Best Virginia players to get to represent the state of West Virginia one more time. And the fans had a blast cheering on some of their all-time favorite Mountaineers.