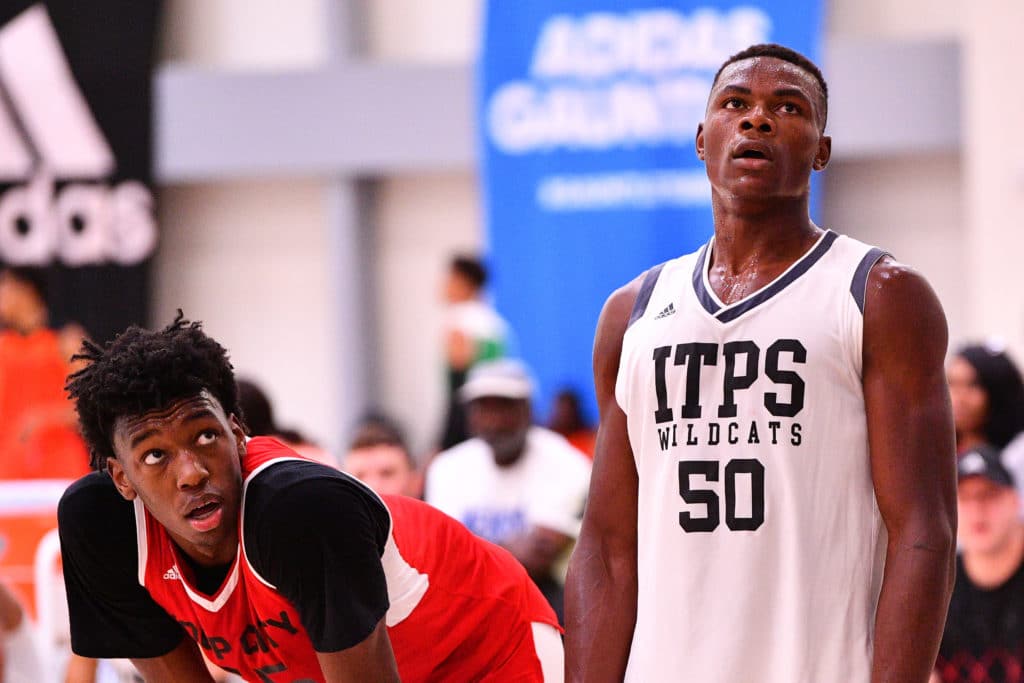 Oscar Tshiebwe, the WVU commit from Kennedy Catholic High School in Pennsylvania, has been ranked the the 22nd best overall recruit and the #7 best center in the 2019 class according to 247 Sports.

Oscar Tshiebwe, the WVU commit from Kennedy Catholic High School in Pennsylvania, has been ranked the the 22nd best overall recruit and the #7 best center in the 2019 class according to 247 Sports.  Given his dominance in high school and in All Star games against the best competition in the country, the ranking frankly seems a bit low.  His game is about doing the little things that helps his team win and he lacks the flash that makes recruits rise to the very top of the rankings.

Tshiebwe, the 6’9 250 pound 5 star center, is referred to as “one of the hardest playing prospects in the country”, according to high school recruiting analyst Evan Daniels.  Daniels went on to say that Tshiebwe brings “toughness, competitiveness, and competes on both ends of the floor and rebounds relentlessly.”

Interestingly enough, it’s also mentioned in the analysis that Tshiebwe got the best of James Wiseman, their #1 overall ranked prospect in the 2019 class.  Wiseman, a Memphis commit, is nowhere near as physical as Tshiebwe and cannot compete with his overall toughness in the interior and on the glass.

Tshiebwe’s superlatives as listed on the rankings include “great hands, excellent defender and glass cleaner.”  The player comparison given to him by 247 Sports was former Kansas forward Cliff Alexander, who bounced around in the NBA on summer league teams and Developmental League teams.  Physically, both are listed at 6’9 250, but Tshiebwe’s motor and intensity (and some luck staying healthy, which Alexander could not do) could lead him to an even more productive career than Alexander.