Inside Oscar Tshiebwe’s Absence From Spain 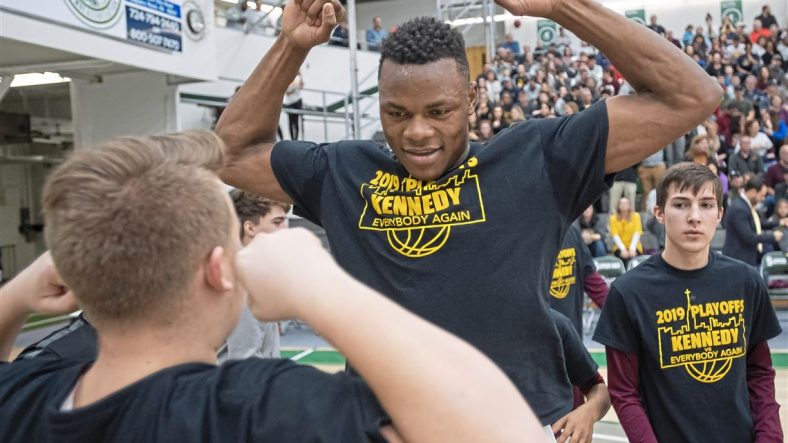 While West Virginia fans were eager to see 5 star recruit Oscar Tshiebwe team up with Derek Culver and the rest of the Mountaineers for the first time, an interesting visa restriction made it impossible for Tshiebwe to travel with the team to Spain.  While many thought that someone dropped the ball and didn’t fill out the appropriate paperwork for him to take part in the trip to Spain, it had absolutely nothing to do with that and everything to do with Spain’s travel policies.

Spain is a part of something called the Schengen Agreement, which means that certain countries can travel there without a visa for up to 90 days for tourist or business purposes.  This agreement was designed to make travel within Europe easier.  The Schengen Agreement allows eligible individuals to travel within Europe freely without being subjected to border checks at borders of countries they are traveling to.

There are 26 European countries that are Schengen countries and many countries outside of Europe that are a part of the Schengen Agreement.  The United States is one of those countries.  This means that citizens of the United States may enter Spain for up to 90 days for business or tourist purposes without a visa.  U.S. citizens only need a passport and may stay for up to 90 days and must have sufficient funds and a return airline ticket.

Oscar Tshiebwe is a citizen of the Democratic Republic of Congo, which is not a Schengen country.  Countries not part of this agreement “have to go through all the process of meeting requirements and attending interviews, in order to obtain a visa that grants them with the permission to enter the Schengen Area”, according to WorldTrips.

In order for anyone outside of the Schengen Agreement to travel to Spain, it’s very difficult and requires a visa specifically to travel.  The process is very rigorous, particularly for a country like The Democratic Republic of Congo. The Congo, with a high rate of civil unrest and disease, would make it extremely challenging for a citizen to travel to a Schengen country.

Although very disappointing for West Virginia fans, this must have been especially frustrating for Tshiebwe, who missed out on an tremendous opportunity to not only travel with his new teammates but also gain experience against professional basketball players.

The West Virginia basketball team is back in action on Friday, August 9th against Valencia Basketball Academy streamed exclusively on Flohoops.com.