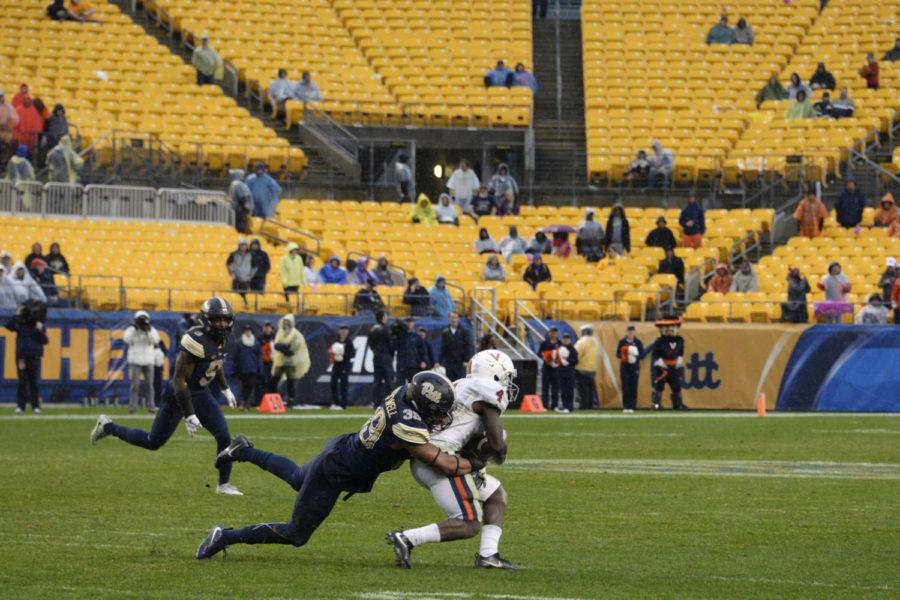 While West Virginia has sold out its season opener against James Madison University, Pitt will likely only fill half of Heinz Field for its opener against ACC foe Virginia.  West Virginians obviously despise everything Pitt, but it’s still hard to find many positives when objectively looking at their football program.

Pitt football sucks.  The atmosphere, the attendance, the vanilla offense, the team’s overall performance has been terrible for so long that it’s hard to remember when it all took such a turn for the worse.  Pitt’s last great season was back in 2009 when they finished 10-3; since then, they have gone 61-56 and have suffered through a string of mediocrity that includes four losing seasons in the past nine years and four consecutive bowl losses.  The highest that Pitt has been in the AP rankings since 2010 is #22.

No wonder Pitt fans don’t want to attend their home games.  While Pitt officials fans have a whole bevy of excuses for the poor attendance, including their oversized professional stadium being off campus, a small student body compared to other Power 5 schools and the fact that the people of Pittsburgh are fans of successful pro teams and simply do not care about college sports.

West Virginia’s average attendance was 55,946 per game in 2017 while Pitt’s home attendance average was 36,295 fans per game.  To make matters worse, Heinz Field’s capacity is 68,400 and although the numbers suggest that Pitt averages more than half of their stadium full for home games, it never looks that way in the stadium or on television.  Pitt typically announces 30 or 40,000 in attendance and it’s clearly nowhere near that.  Rather, it looks more like a junior high or high school game being played in a professional stadium.

Atmosphere is a very big part of college football.  The pomp, the frills, the pre-game excitement sets the tone for the rest of the game and Pitt’s atmosphere is among the worst (perhaps the worse) in the entire nation.  Selling an elite prospect on playing in front of a stadium half-filled with fans and an atmosphere that couldn’t impress anyone must be very challenging for the football program and its coaches.  Why would any top recruit willingly choose to play at an empty Heinz Field when he could attend a school with a rabid fanbase, a packed stadium and an electric atmosphere like the one an hour and a half down I-79?