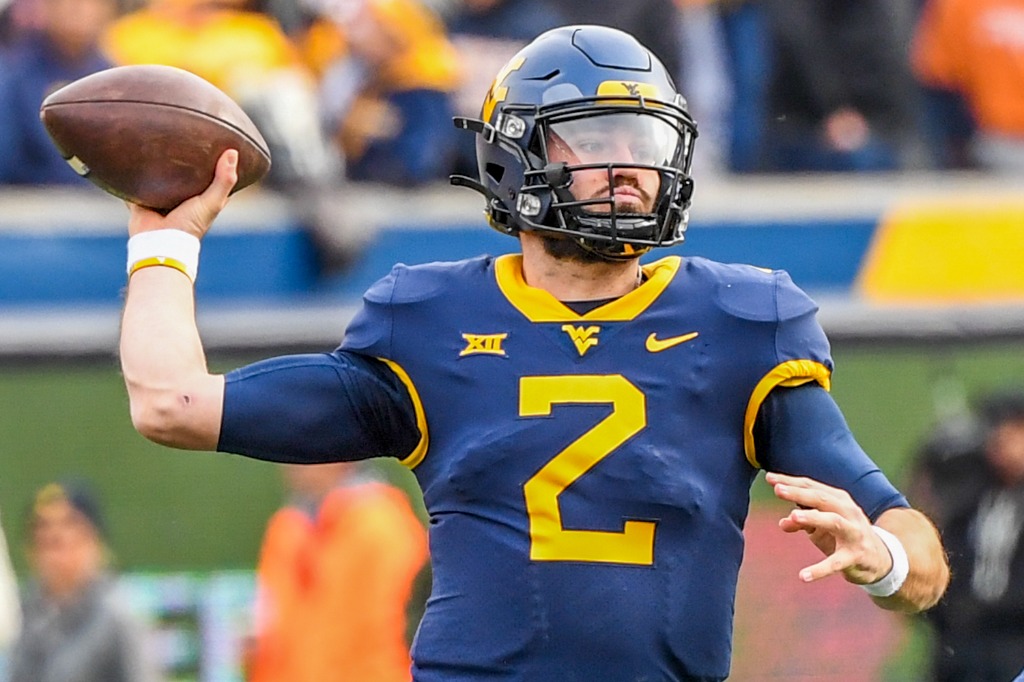 OPINION: Jarret Doege Returning in 2022 is What’s Best for WVU

OPINION: Jarret Doege Returning in 2022 is What’s Best for WVU

Hot takes are not something I am known for. As a fan, I usually take the team’s situation as it is and ride it out with everyone else. I don’t look ahead too much, and I trust what the coaches are doing. After all, they know more about this team than anyone else. However, today, I can’t help but think about the quarterback situation at West Virginia in 2022.

During WVU’s 31-23 win over the Texas Longhorns yesterday, ESPN sideline reporter Taylor McGregor claimed she had spoken with Mountaineer quarterback Jarret Doege. While many times these discussions between a reporter and a player don’t bring much weight with them, this interaction was different.

Allegedly, Doege confirmed to McGregor that he will be returning in 2022, noting his excitement for one last chance to gel with his receivers. This was not confirmed nor denied during Doege’s postgame press conference with the media, but considering he did not partake in Senior Day festivities, it’s easy to believe this is in fact what he told McGregor.

If you happened to login to your social media accounts last night, you would notice many WVU fans are not so pleased with his potential return. Doege has been very hit or miss in 2021, and many fans are just eager to see what the future holds at that position. While I can certainly understand that point of view, after some thought, I have decided to take a different stance on the situation.

No, I don’t think Doege is the “worst quarterback” the Mountaineers have ever had, but I also don’t think he’s the best. He’s serviceable. At times he is prone to make mistakes, but more often than not he puts the team in a situation to win. His experience playing FBS college football is irreplaceable, and not many players get to see the field as much as he has throughout his career.

Though I am more than ecstatic to see what the younger signal-callers can do at West Virginia, I believe that Jarret Doege returning in 2022 is the best thing for the team.

Before you throw your insults and tomatoes at me, hear me out – outside of Doege, WVU will have virtually no experience at quarterback. Talent, sure, but nobody who has seen significant playing time. Out of Garrett Greene, Will Crowder, and Nicco Marchiol, Greene will be the only one who has really even seen the field, but mostly in package situations to use his legs. That is not good.

Looking at next year’s schedule, it honestly comes off as somewhat daunting. In the non-conference schedule, trips to Pittsburgh and Virginia Tech are on the docket. In league play, West Virginia will take on Texas, Texas Tech, Iowa State, and Oklahoma State all on the road. None of those venues are places you want to travel to with an inexperienced quarterback. While the home schedule will include the likes of Oklahoma and Baylor, playing at home is much easier for a young quarterback no matter the opponent – so I won’t include those games.

In my opinion, Nicco Marchiol should be seen as the future of the program. Both Garrett Greene and Will Crowder bring upside with them, but they don’t seem to have the upside that Marchiol has. Having a “super senior” on the roster like Doege will allow Marchiol to learn from an experienced player. Unless he comes into town and just flat out beats Doege for the job, Marchiol will be taught the ins and the outs of the game from someone who has been through it all. He won’t have to be thrown directly into the fire next season.

Even if Doege isn’t exactly a world beater at quarterback, that veteran presence will go much farther in helping the development of a player like Marchiol than you realize.

I’m not advocating for Doege to come back because he’s going to be a Heisman candidate or All-Big 12 First Team, because he isn’t. My opinion on this whole situation is that the Mountaineers are still a young team. His experience returning next year will be invaluable, no matter what you think of him. Giving the team an option at the most important position who has been there before, and being a helping hand to a young stud like Marchiol (or even Crowder/Greene) will be Doege’s main roles next season should he return.

That, ladies and gentlemen, is why Jarret Doege returning in 2022 is what’s best for the Mountaineers.