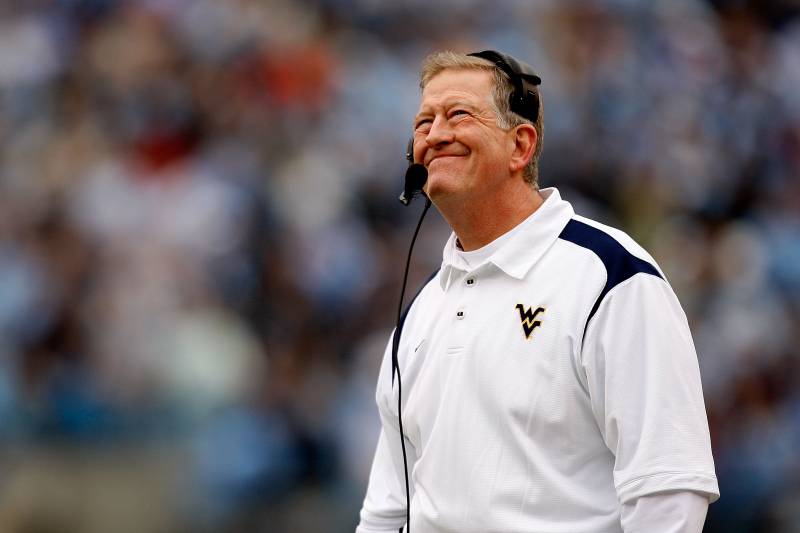 Broken heart syndrome is a real thing.  People often die after their spouse dies.  According to Felix Elwert, Ph.D., “You can almost ‘catch’ death from your spouse. It’s not a coincidence, it’s an effect.”  Broken heart syndrome is referred to as the “widowhood effect” and also in the medical world as “takotsubo cardiomyopathy.”

Bill Stewart was happily married to his lovely wife Karen for 34 of the best years of his life, but Stewart’s most passionate love was for the state of West Virginia.  He lived it, breathed it and the moment he became the Head Coach of the Mountaineers was the proudest moment of his life.

Following Stewart’s sudden death from an “apparent heart attack”, United States Senator Joe Manchin said, “”Bill was a proud West Virginian in every sense of the word and he was the best cheerleader this state ever had.”  He adored his job as the leader of the West Virginia football program and would have stayed there for the rest of his life if he could have.

Instead, Oliver Luck’s decision to replace Stewart with Dana Holgorsen likely broke his heart.  For Luck to replace him with an outsider who had no ties to the program and no real love for the great state of West Virginia had to have been maddening for Stewart.  Holgorsen’s knowledge of what it meant to be a Mountaineer was matched by his head coaching experience; he didn’t have any experience running a program and had no idea about what the program means to the state of West Virginia.

Less than a year after he was replaced by Holgorsen, he collapsed on a golf course and died, brokenhearted and no longer wanted by the university that he loved so much.  Stewart was not only a true West Virginian, he was successful during his time with the Mountaineers.  He was 28-12 and led the Mountaineers to one of the most important, shocking wins in WVU history when the Mountaineers beat Oklahoma 48-28 in the Fiesta Bowl.

One has to wonder if Coach Stew was still the head coach of the team if he still wouldn’t be with us today, marching up and down Mountaineer Field with that big smile and aw shucks demeanor.

As West Virginia takes the field next Saturday, fans of the team can be proud of Neal Brown and take pride in knowing that he shares the same integrity and principles that Stewart had.  However, Stewart’s kindness, his compassion and his love for the great state of West Virginia will never be matched by another coach at WVU.  It’s my hope that Stewart can look down on Mountaineer Field on August 31st and cheer on the Mountaineers from heaven.