Opening Line For Iowa State vs WVU Seems a Bit Off 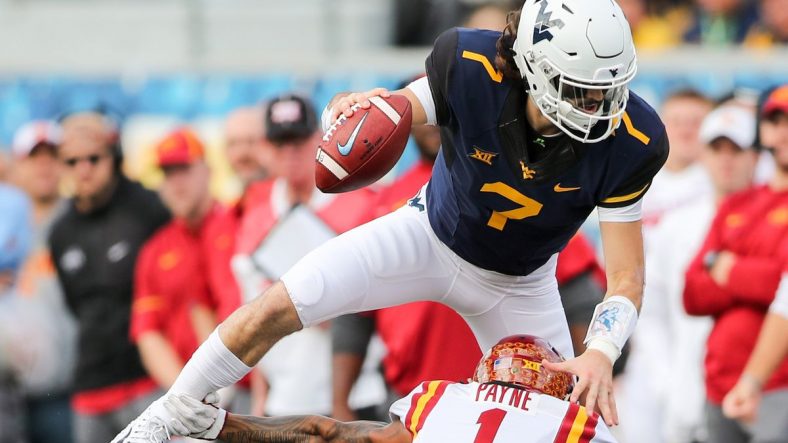 After losing a tough one at home to the No. 11 Texas Longhorns, up next for the Mountaineers is a visit from Big 12 foe Iowa State.

Last year the Cyclones completely dominated the Will Grier led Mountaineers in Ames. Grier was held to just 100 yards passing. West Virginia came into that game 5-0 and ranked No. 20. The Mountaineers and their fans fully expected to win or at least put forth a competitive effort. Neither of those things happened.

This year the circumstances for this matchup are very different. West Virginia and Iowa State are both 3-2. While West Virginia has certainly had their share of struggles, the same can be said for Iowa State. In their most recent showing, Iowa State had their best performance of the season. Outside of that their two other wins were over UL Monroe and a triple OT thriller over Northern Iowa. The Cyclones dropped a one point loss to Iowa in their second game of the season.

When you compare the resumes of the two teams, they appear to be fairly equal. That’s why it seems odd that Iowa State opened as nine point favorites over the Mountaineers. Especially when you consider the game will be played at Mountaineer Field.

Texas was only favored by 10.5 points over West Virginia and they are ranked No. 11 in the country.

Then again, it’s hard to argue with the way the oddsmakers have successfully projected Mountaineer games this season. In their last two games against Kansas and Texas both games finished within a half point of the closing Vegas line.

Does this mean that the oddsmakers don’t really think Texas is that great or that they were super impressed by Iowa State’s most recent performance against TCU?

It looks like the Mountaineers will be an underdog in nearly every game the rest of the season with the possible exceptions being home games against Texas Tech and Oklahoma State.

West Virginia already has one win this season as an underdog over the North Carolina State Wolfpack and we fully expect a couple more.