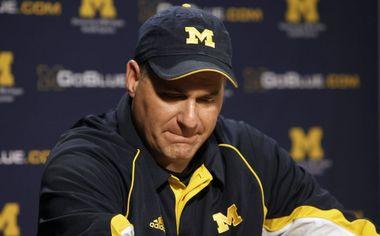 The life of a college athlete is incredibly demanding.  Being a college student is hard enough.  Being an athlete on its own is extremely challenging.  Being a college student and a college athlete at the same time is brutally difficult.  Maintaining the strict academic requirements while training for and participating in athletics at such a high level is something that few of us will ever understand.  This is particularly arduous for young men and women between the ages of 18 and 22.

Sometimes a student athlete decides that West Virginia University is no longer what’s best for their future.  Many athletes and coaches determine that they want to continue their future elsewhere.  West Virginians like to believe that “Once a Mountaineer, Always a Mountaineer” is true, but is it the case for student athletes and coaches that move on to better opportunities for themselves?

Esa Ahmad, Wesley Harris, Marcus Simms, Derrek Pitts, Kenny Robinson, etc., are they Mountaineers?   Although none of these players left WVU under ideal circumstances, they gave their best effort while in Morgantown.  Just like West Virginia residents that move out of state for new opportunities, these people should be considered Mountaineers forever.

This will be painful for some of us to admit, but Rich Rodriguez is a Mountaineer.  He brought so many great memories and successes and a few real disappointments to our state, but he loves West Virginia, he loves its people, and he will always be a Mountaineer.

James “Beetle” Bolden left everything he had on the court while playing for WVU.  Undersized and scrawny, he never took a play off.  He took charges from players twice his size, he fought and scrapped and did everything he could to help the team.  He will always be a Mountaineer.