On to Kansas – Tip Time, Broadcasting Info for the Saturday Showdown in Lawrence 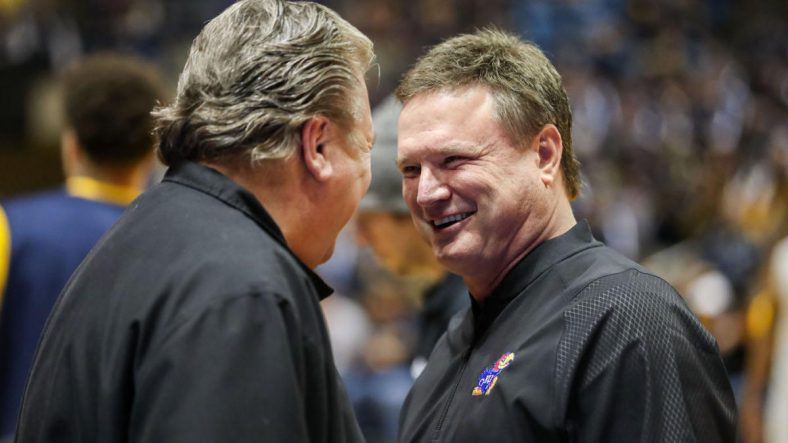 Though it has been long established that this game will be broadcasted on ESPN+, that still isn’t going to make this any easier for Mountaineer fans. Though no one wants to shell out any more money to watch basketball, booking this game in advance was a genius move by ESPN. There will be thousands of new subscribers this weekend by the way of WVU and Kansas fans.

Make whatever preparations you need to in order to see this game. Order ESPN+, go to your friend’s house, move to an area with faster internet. Whatever it takes!

Let me give a little ESPN+ insight from my personal viewpoint. I HATE to shell out extra money per month to ESPN. When this first came out I vowed to never, ever purchase it. My breaking point was when they brought back NFL Primetime with Chris Berman and Keith Jackson. There was no way I was missing out on that.

Now that I have it, I admit it was definitely a good buy. You get a lot of value. There are loads of college sports, some entertaining shows, loads of UFC content, the already mentioned “NFL Primetime” along with much more content. I paid for a year, which was $50. I figure it will go up eventually so I locked it in for less than $5 a month for the entire year. If you haven’t got it yet, I highly recommend it.

The tip-off has been set for 4 p.m. If this game weren’t locked down by ESPN+ there is a great chance that ESPN College GameDay would be in Lawrence.

The @WVUhoops game vs. Kansas will tip Saturday at 4 p.m. https://t.co/4QSLzo5zRI

Either way, we are set up for a massive game on Saturday. The win in Cleveland already trumps any road/neutral court win WVU had last season. A win at “The Phog” would certainly push WVU into the top ten and set the table for a run at a very high seed in the NCAA Tournament.