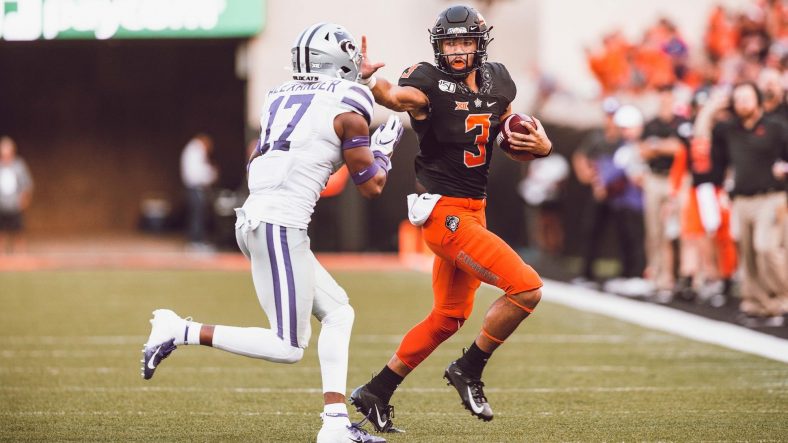 The Oklahoma State freshman redshirt quarterback, Spencer Sanders, is out for the season following surgery on his thumb.  Sanders injured his hand last weekend in the Cowboys’ 31-13 win against Kansas and was pulled in the middle of the third quarter for what Oklahoma State coach Mike Gundy said after the game was for “precautionary reasons.”

I’ve been told that Spencer Sanders had surgery on his thumb. Absolutely hate to hear this news as it seemed like he had really turned a corner and was playing some really good football. Regular season over, but it will be interesting if he will be able to return for the Bowl.

The backup quarterback, Dru Brown, a redshirt senior, is expected to start in place of Sanders, but there are reports surfacing that he also suffered a hand injury last weekend and may be unavailable as well.  If Brown can’t go, the only remaining quarterback on the roster is redshirt freshman Shaun Taylor, and he would likely get the start.