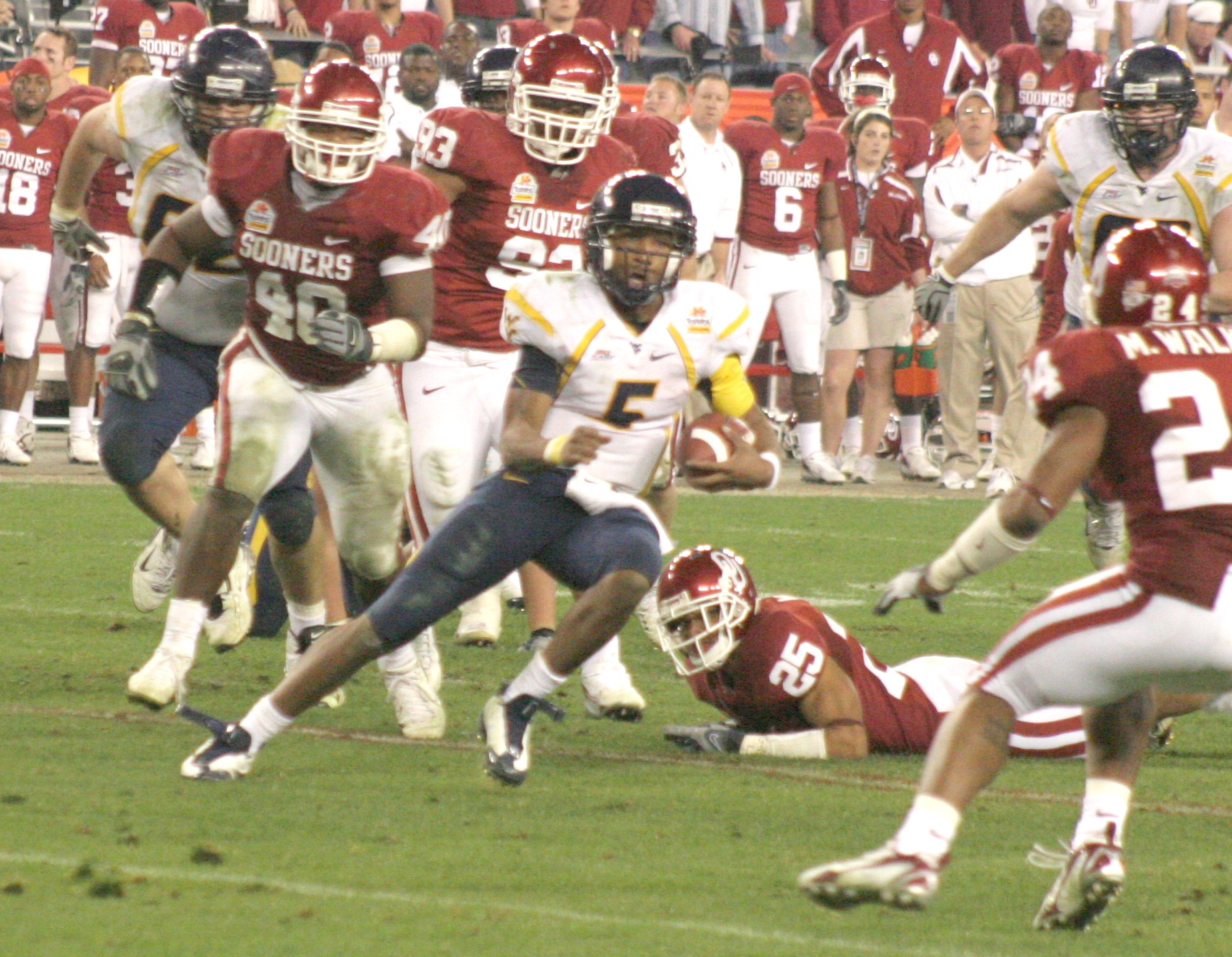 Oklahoma is Good, But Not a Powerhouse Yet

Oklahoma is Good, But Not a Powerhouse Yet

Wouldn’t be the first time we took advantage of Oklahoma’s issues.
Check it out:

While WVU was struggling to stop heroic pass receptions in the first half by William and Mary on Saturday, Oklahoma was hitting on all cylinders and blowing out Louisiana Monroe to the tune of 34 – 0.

At least the score is correct. The Sooners had thier own problems. While the running game was adequate, the passing game was an odd mix of success and failure.

Sooners quarterback Trevor Knight threw 3 touchdown passes against the overmatched Warhawks. But the 6’1”- 200 lb. redshirt freshman did it while completing only 11 – 28 passes for 86 yds. with 1 interception.

Not exactly world beating numbers, but he made up for it with a Pat White imitation running the ball. Knight had 103 yds. on 13 carries and was easily Oklahoma’s leading rusher.