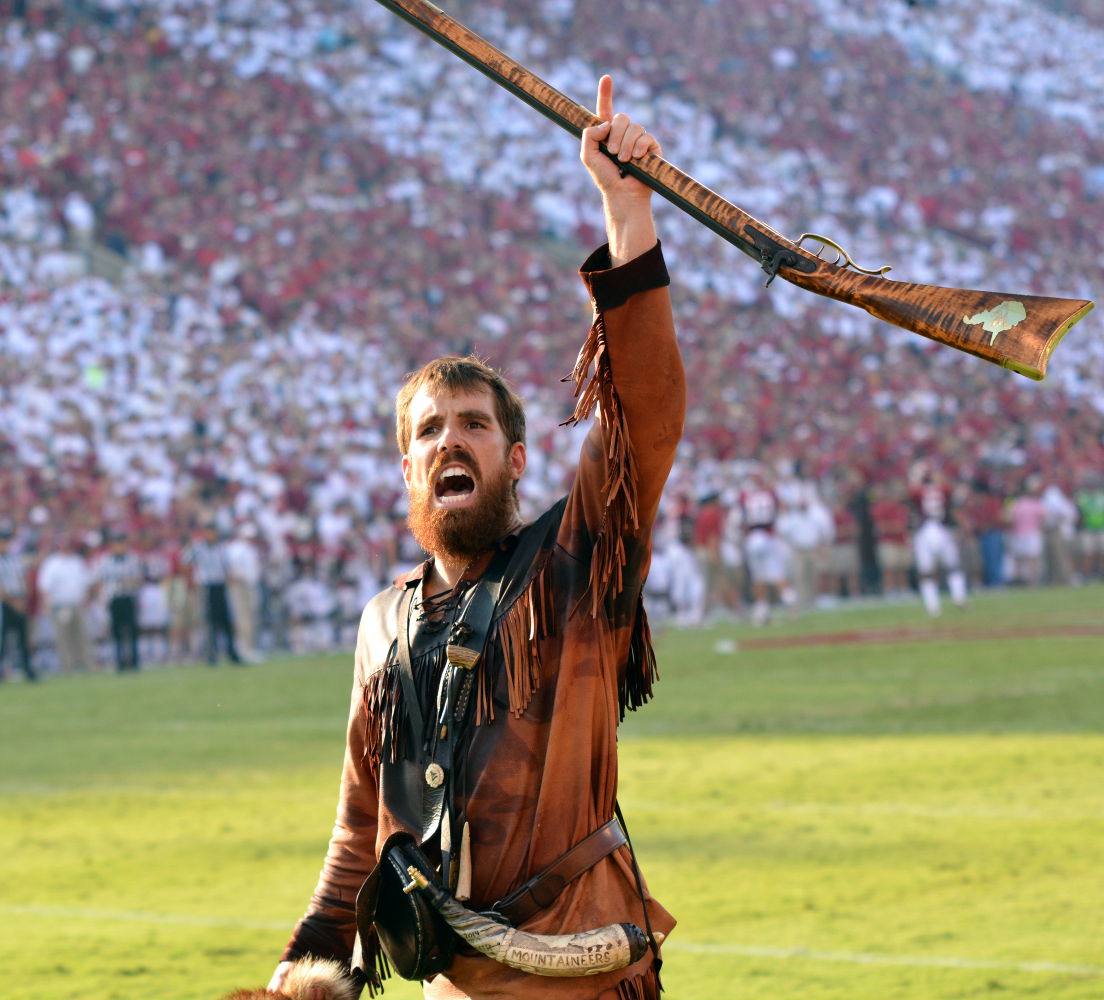 Oklahoma football: A morning with the Mountaineer

Oklahoma football: A morning with the Mountaineer

Neat to see what other teams think of our great mascot!
Check it out:

I’ve long been on record as saying that West Virginia’s Mountaineer is the best mascot in collegiate sports. I wrote about Jonathan Kimble, WVU’s mascot last season and this season, for a column last November. You can read that here.

Jonathan gave The Oklahoman crew a tour of Morgantown last year, and to reciprocate, I called him last week. He said he’d love to tour the OU campus, since when you ride team buses, you don’t get to see much. So Saturday morning, I picked up Jonathan at the Embassy Suites and we headed for campus.

It was a memorable morning. Jonathan was curious about all the nuances of campus. Dorms, classrooms, landmarks. He liked it all.

Jonathan wanted to see Barry Switzer’s house, having met Switzer last year in Morgantown. So we drove by Switzer’s house, and there was Switzer, standing in his doorway, handing over his dogs to a dog-walker. We pulled into Switzer’s circle drive, I rolled down Jonathan’s window and Switzer yelled, “Hey, the Mountaineer!”

So Switzer came over and chatted for 10 minutes or so. Then he posed for a picture with Jonathan.