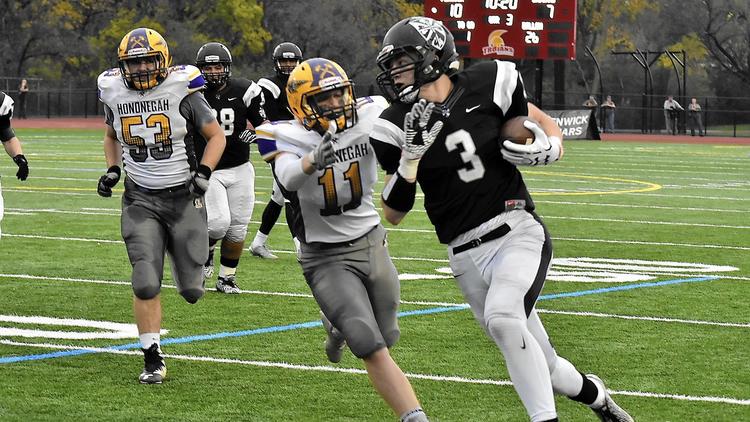 In what is becoming a common occurrence, Ohio State is targeting a Mountaineer recruit. This time it is three star tight end/receiver Mike O’Laughlin.

“Coach Wilson (of Ohio State), who is the offensive coordinator and tight ends coach, came to see me,” said O’Laughlin. “Yes, I did get an offer.”

This situation differs from the previous player the Buckeyes targeted. Alex Williams is currently up in the air. O’Laughlin is still committed.

247Sports has Mike O’Laughlin ranked as the 30th best tight end prospect in the nation and the 9th-best prospect in Illinois.

O’Laughlin committed to West Virginia back in April. Following a visit to the campus on Friday and Saturday, he committed on Saturday night. He also had offers from Cincinnati, Toledo, Western Michigan, Central Michigan and Ball State, among others.

“I went (to West Virginia) when I was in eighth grade for a rafting trip,” O’Laughlin said, per the Chicago Tribune. “I loved the state. I love the mountains and the nature. When I went back, I knew I would love it. I just liked everybody about the campus. I visited with the academics department, and they talked with me and my parents. It was like a big family bond, not just with the university but the whole state. Everybody comes to the football games and loves West Virginia football. It was something I wanted to be a part of.

“I want to play and win. Those were the two things I was looking for in a college. West Virginia is an amazing opportunity to do that, and play early and win a Big 12 championship.”

He has the backing of his parents with his choice to be a Mountaineer.

Let’s hope he holds strong and becomes a Mountaineer. Who will the Buckeyes target next out of the WVU recruits?