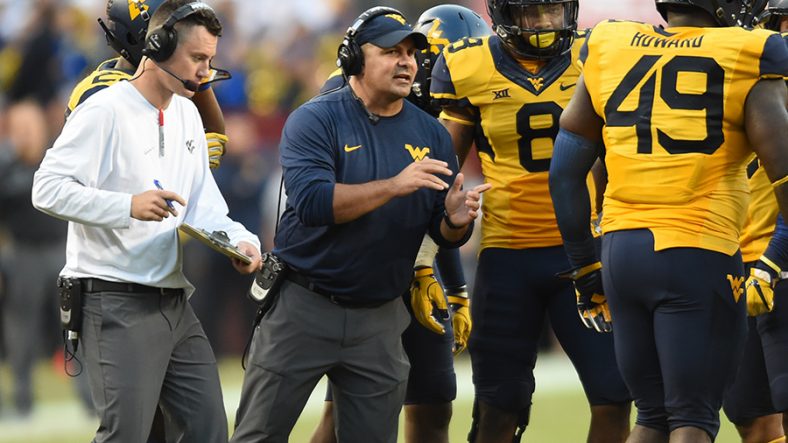 Earlier we reported that it looked like Neal Brown was bringing his defensive coordinator from Troy with him. Well, now it’s official. Tony Gibson is out as DC and he will accept the role of Assistant Athletic Director, working alongside Shane Lyons. This will mimic the role of Urban Meyer at Ohio State.

This report is being disputed by Mike Casazza. In a post at 247sports.com he said that Brown has yet to speak to any of the WVU assistants.

Coach Brown is bringing his defensive coordinator from Troy with him, it appears. Vic Koenning will be the WVU DC. Multiple sources have reported this including DubVNation and The Dominion Post. The Post cites the same recruit as a source, but DubVNation claims to have a source that Brown is in the process of adding Koenning to the staff.

We first started speculating this was the case when an unsigned three-star recruit thanked Coach Koenning for an offer in a tweet.

Koenning has big-time experience, serving as a defensive coordinator at Clemson, Kansas State and Illinois, before going to Troy to join Brown. Before his time at Troy he was associate head coach of defense and safeties at North Carolina for three years.