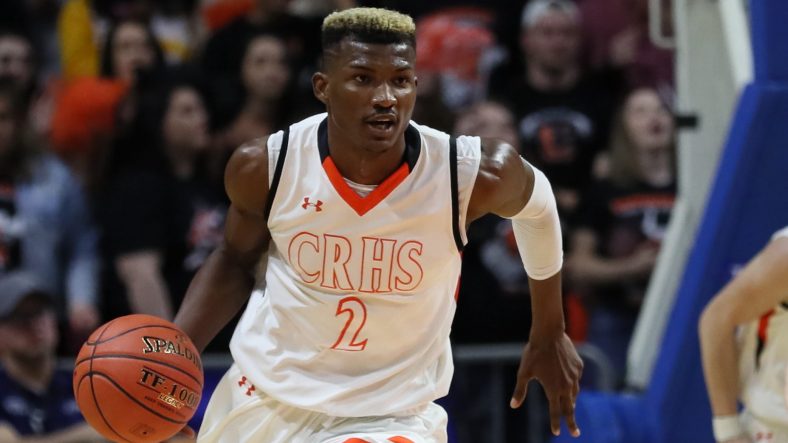 “Obinna” is translated into English as “Heart of God.”  Obinna Anochili-Killen is an absolute stone-cold assassin on the court.  Obinna, the 6’8 180 pound power forward out of Chapmanville, WV, has led his high school team to back to back Class AA State Championships.  In this year’s state championship game, he finished with 12 points, 8 rebounds and 8 blocks in a 60-46 win over Fairmont Senior.

You would think his team’s accomplishments combined with his incredible basketball gifts would lead to an explosion of offers from every major basketball program in the country.  His offers so far: Akron, East Tennessee State, Marshall and Penn State.  He has oddly, strangely, inexplicably gone unnoticed by recruiting experts and college coaches.

Obinna plays with such smoothness, with such ease that he makes the game look very effortless.  His versatility for a 6’9 high school player is off the charts.  He can shoot, handle the ball and get to the rim and finish.  Check out his skills practice below:

Obinna is a prototypical Bob Huggins’ player.  He’s ultra-talented, he’s long (7’1 wingspan), he has a tremendous motor and he’s very versatile.  Perhaps it’s thought by some that he doesn’t want to attend West Virginia University.  However, that’s unlikely.  He was seen on camera during the state basketball tournament championship sporting a flying WV hat.  He pointed at it and smiled.  He wants to be a Mountaineer.