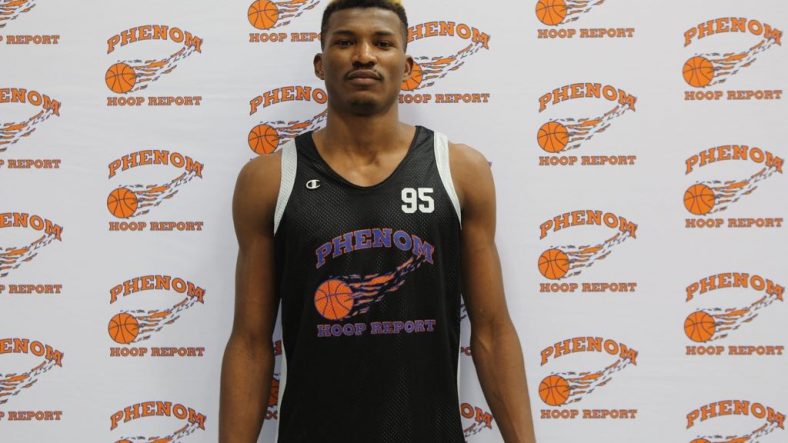 Obinna Anonchili-Killen, the 6’8 180 pound power forward out of Chapmanville, WV, has led his high school team to back to back Class AA State Championships.  In last year’s state championship game, he finished with 12 points, 8 rebounds and 8 blocks in a 60-46 win over WVU commit Jalen Bridges’ Fairmont Senior team.

Although Obinna has the size, skill and is a proven winner, he has flown under the radar as a Division 1 recruit.  Just moments ago, he decided to continue his career at Marshall.   He made the announcement on Twitter, saying, “First of all, I want to thank my family for supporting me and turning me into the man I am now.  I also want to thank my coaches and teammates for pushing me every day and making me the player that I have developed into.  I want to thank everybody that has supported me.  Lastly, I want to thank all of the colleges that have been recruiting me through my basketball career.  I have decided to stay home to further my academic and athletic career at Marshall University.  Go Herd!”

Obinna is a prototypical Bob Huggins’ player and it’s a bit of a mystery as to why he was never offered a scholarship by WVU.  He’s ultra-talented, he’s long (7’1 wingspan), he has a tremendous motor and he’s very versatile.  Perhaps it was thought by some that he didn’t want to attend West Virginia University.  However, he was seen on camera during the state basketball tournament championship sporting a flying WV hat.  He pointed at it and smiled.  He wanted to be a Mountaineer.