Obinna Made the Right Decision 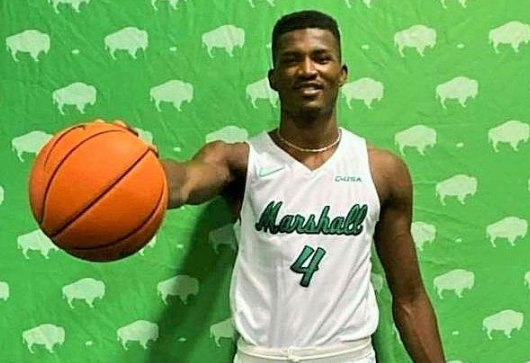 Obinna Anochili-Killen, the 6’8 forward from Chapmanville, West Virginia, is truly the top recruit in the state in the 2020 class.  Jaemyn Brakefield, AJ Hoggard and Zach Loveday are more highly ranked, but they play for Huntington Prep, are from other states and are not actual homegrown players.

The two-time state champion is an outstanding talent and has flown under the radar as a Division 1 recruit.  He received offers from Akron, East Tennessee State, Evansville, George Mason, George Washington, Ohio, Old Dominion, Penn State, Rhode Island, Temple and South Florida before ultimately deciding that staying close to home and playing at Marshall would be what’s best for him.

I spoke with Obinna’s adoptive father, Dougie Killen, who adopted the talented player at age 13.  Mr. Killen explained that Bob Huggins was very much interested in his son.  He went on say that Huggins has been to see Obinna at least 20 times over the course of his high school career and invited him to a unofficial visit, where Obinna participated in an open gym session.

After a careful, thoughtful consideration of Obinna’s chances of playing at WVU, Bob Huggins decided that the best route for him was to play one year at a prep school before coming to play for the Mountaineers.  Although no official offer was made, Huggins made it clear that he would be offered a scholarship if he went the post grad path.  This would have given Obinna to develop physically and better prepare him for Big 12 play.  As we know, Huggins is a straight shooter and will not tell a young man that he will come in and play immediately if he’s not going to, particularly a recruit from West Virginia.

Obinna’s father appreciated the honesty and advice from the future Hall of Famer, understands that it’s a business and definitely feels that Huggins had Obinna’s best interest in mind.  Although many West Virginians would have loved to see Obinna playing for the Mountaineers, his decision to play for Marshall was the appropriate choice and he’s going to be right where he belongs.