No One Cares About College Baseball 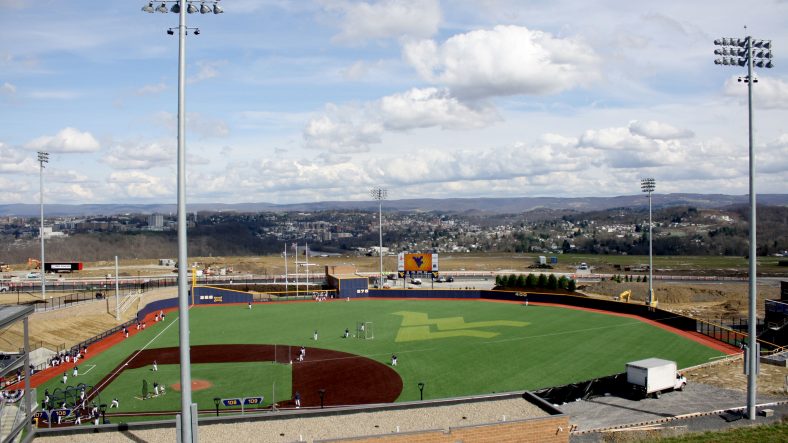 No one cares about college baseball.  The West Virginia University baseball team traveled to Oklahoma City to play Kansas in the Big 12 Championships and no one cares and no one is watching it.  We might “like” it on Facebook because a West Virginia team won, but no one is really invested in it.  If they lose, we won’t feel the same sting that we feel if the football or basketball team loses; rather, we’ll say “oh darn” and move on.

Head Coach Randy Mazey was named the Big 12 Coach of the Year yesterday.  That’s a pretty big deal for the baseball program.  Alek Manoah, the junior right-hander that made such huge improvements this year, unanimously won the Big 12 Pitcher of the Year.  Again, that’s quite an honor and an amazing award for not only Manoah but the entire WVU baseball team.  However, it ultimately doesn’t matter to us.  West Virginia had the second-highest per game average in attendance in program history and it was 1,661.  That’s approximately 1/8th the average attendance per game of crowds for a dismal West Virginia basketball team and about 1/50th of the football team.  Obviously that is not an entirely fair comparision because the Coliseum and Milan Puskar Stadium are far larger venues, but Mountaineer fans can’t even fill up half of the Mon County Baseball Park’s capacity of 3,500.

Why isn’t collegiate baseball revered and followed in the same way that collegiate basketball and football are?  Baseball is an old, boring sport.  A big part of Major League Baseball’s popularity (which, by the way, has seen a decline in attendance) is tied to the nostalgia of going out to the ballpark, eating a hot dog and casually watching a sport that can’t keep our interest on television.  One of the likely issues is that baseball is no longer family-friendly.  Telling your children that you’re going to a baseball game sounds fun at first for a child, until they realize they have been sentenced to a 3 hour borefest with bad WiFi.  Taking children to a baseball game is even less fun for an adult than the child.

Despite WVU’s success this year and bright future with outstanding coach Randy Mazey in charge, college baseball will never matter and its appeal will grow less and less as younger generations that need flashy colors and fast results grow older.