Reasons No. 23 WVU Should Be Wary Of Waco 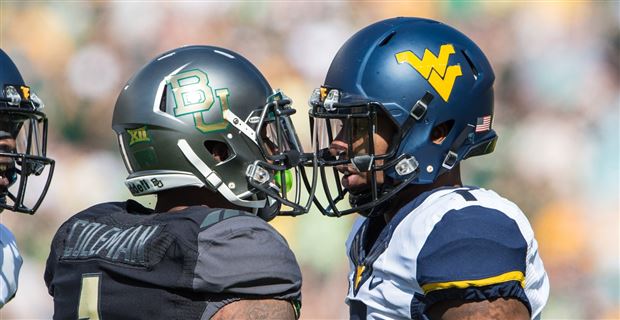 Everyone knows Baylor is winless, including Dana Holgorsen. It’s been more than a year since Baylor has won a regular season game. Still there are reasons No. 23 WVU should be wary of the trip to Waco to take on the Baylor Bears.

Since Holgorsen has coached the Mountaineers he has made two trips to Waco. He remembers what happened both times. In 2015 WVU lost to Baylor in Waco 62-38 and also lost in 2013 by a score of 73-41. Holgorsen also remembers a close win at home last season against Baylor when Baylor was on a 5-game losing streak. In that game WVU edged the Bears in Morgantown by a score of 24-21.

The first time WVU and Baylor squared off was in 2012. WVU won a shootout by the score of 70-63. There have been many changes since then. The Baylor teams that ran up the high point totals against the Mountaineers were a much different team led by Art Briles.

”It’s the first time in six years that this is a little more challenging of a week with Baylor based on my experiences with what I have known Baylor to be and what they currently are,” Holgorsen said. ”From a coaching perspective, program perspective, it’s a little different situation. … There’s just nothing in the past that I can pull from, which is odd in the Big 12.”

Despite being winless, Baylor has been in many close contests until this past Saturday when they were drubbed by No. 10 Oklahoma State 59-16.

”The game got away from us, and if there’s something we have to correct, it’s avoiding that feeling of `oh here we go again’ when one bad play leads to three bad plays,” Rhule said. ”As we continue to work on their psyche and continue to work on the way they look at the game, that can’t happen. We can never get used to losing.”

WVU junior wide receiver David Sills remembers his last trip to Baylor. It was his first game as a Mountaineers and he hauled in a 35-yard TD catch.

Back to where it all started. Off to Waco! ???? pic.twitter.com/sigViqX8Wx

Baylor has not been home since a September 23 game against Oklahoma. In that contest they were able to lead then No. 3 Oklahoma in the second half before losing 49-41.

The Mountaineers come into this game with a 24-24 Big 12 record since joining the conference in 2012. During the same span the Baylor Bears are 29-19 in the Big 12 despite losing their last 9.