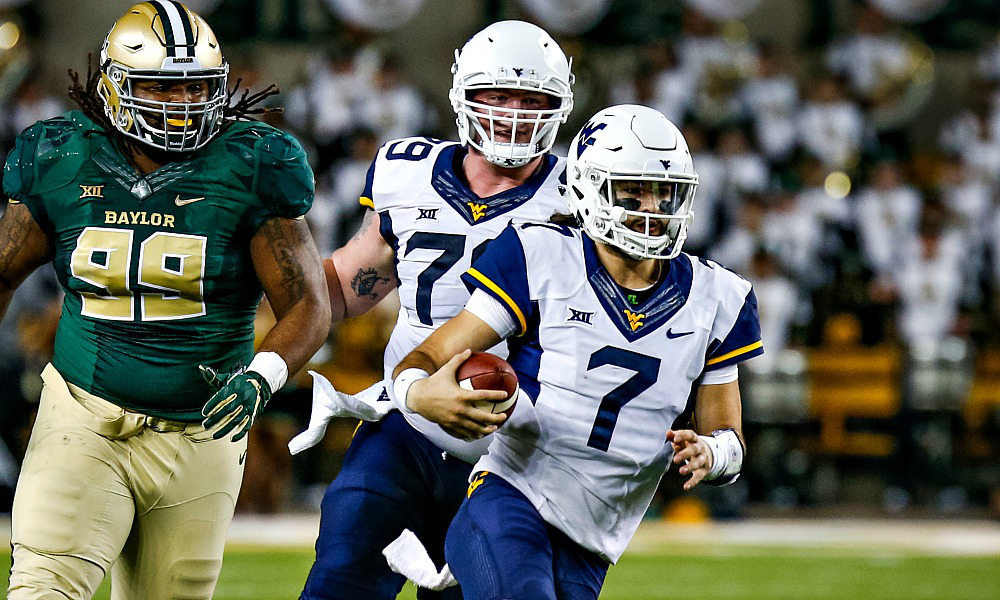 No. 13 West Virginia vs Baylor Game Info – How to Watch, Stream, Listen – PREDICTION

No. 13 West Virginia vs Baylor Game Info – How to Watch, Stream, Listen – PREDICTION

Thursday night at 7:00 p.m. EST at Mountaineer Field, West Virginia vs Baylor will kick off.

The game will be televised by FS1. As far as streaming options, you can check out the FoxSports app. You need a user name and password in order to use this option.

As far as radio goes, you can find a complete list of WVU radio affiliates here. If you want to listen on a mobile phone then simply use the TuneIn app and listen to the Mountaineer Sports Network from IMG.

Love the look the Mountaineers will have going on tonight.

The Mountaineers lead the all-time series 4-2. After splitting the first four, West Virginia has won two in a row including very close wins against very weak Baylor teams the past two season.

Both teams are coming off tough losses. Baylor lost to Texas in Austin by a final score of 23-17. The Mountaineers took a trip to Ames and were embarrassed by the Iowa State Cyclones.

Mountaineer fans are hoping that a week and a half off is just what was needed to get Will Grier and Co. back on track. Baylor has been very tough this year and this will not be easy. I like the Mountaineers to win, but not cover the spread.

WVU Men’s Basketball Opens Season Ranked in AP Top 25 and Coaches Poll
After the Loss to Iowa State and Win Over Baylor, Where are the Mountaineers Headed? Austin