No. 11 Texas Tech Visits Morgantown For One of WVU’s Biggest Baseball Series Since Joining the Big 12 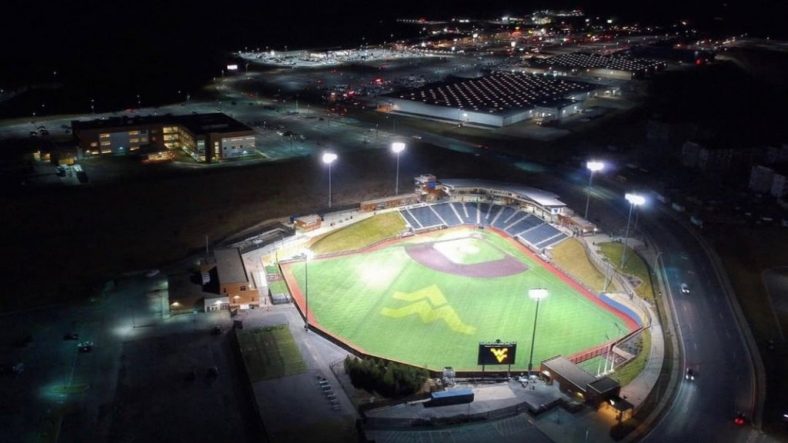 There is big-time baseball at Mon County ballpark this weekend. No. 11 Texas Tech visits for a three-game series with the hot Mountaineers.

#MountaineerNation we need you tonight at Mon County ballpark. @WVUBaseball takes on no.11 Texas Tech In one of the biggest baseball series matchups since joining the Big 12. The Mountaineers win this series then the sky is the limit. Let’s goooo

The Mountaineers are looking to take their third straight series against a ranked opponent. Last weekend West Virginia went to Stillwater and took two of three from Oklahoma State. Winning the first game of the series 11-1, losing the second 5-9 and winning the finale on Sunday afternoon 4-2.

From March 29 to 31, West Virginia hosted the Oklahoma Sooners. After losing the opener 1-2, the Mountaineers rallied back to dominate the Sooners in the next two games by a score of 12-4 and 5-1.

West Virginia pitcher Alex Manoah received the Golden Spikes award after pitching 8 innings and striking out 11 over the weekend. The junior pitcher has had an outstanding season and has pitched himself into consideration for being a first rounder in the MLB Draft.

After tossing 8 IP with 11K's and a W over the weekend, @WVUBaseball 's Alek Manoah is your @d1baseball #GoldenSpikes Performance of the Week ? pic.twitter.com/24DQns35ZF

If you haven’t been to West Virginia University baseball game this year, this would be an awesome weekend to give it a shot. Get tickets here.

There are some awesome promotions this weekend, one of them includes a Gold-Blue Game combo ticket. There is also Family Day and an Emoji T-shirt giveaway.

The Mountaineers are playing there way into the NCAA Tournament and need our support. Let’s go Mountaineers!