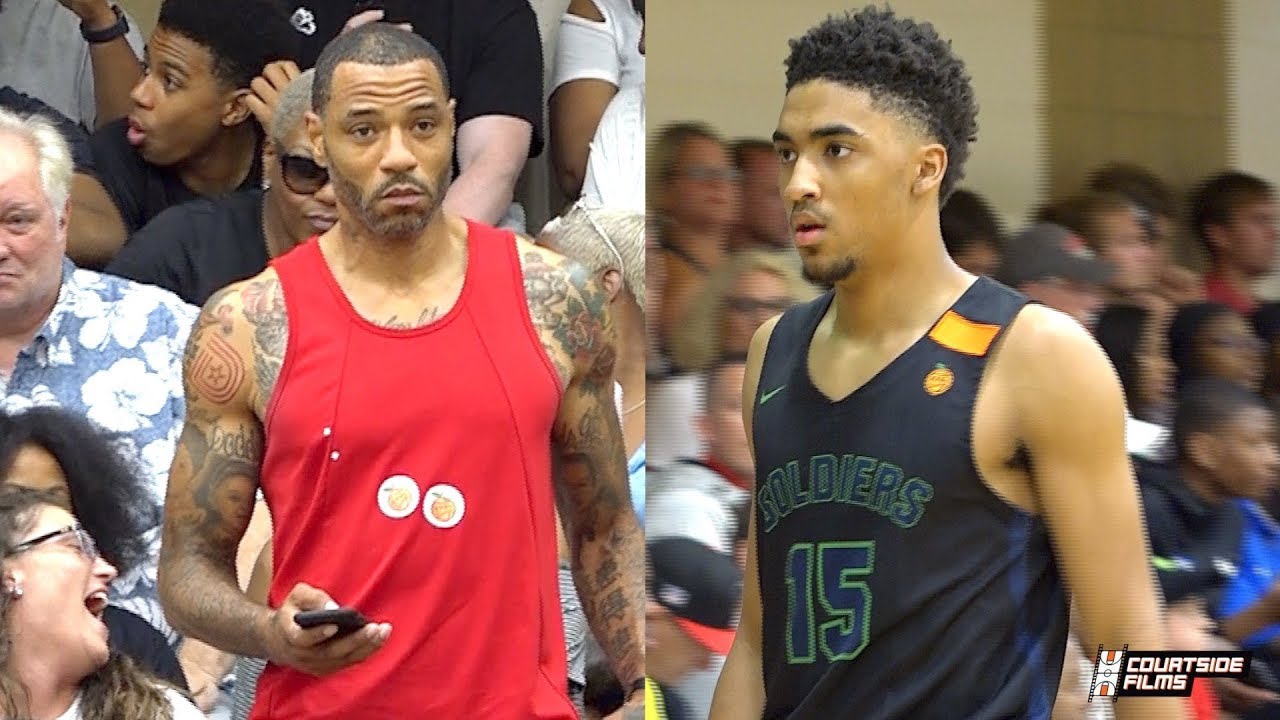 After securing the commitments of JUCO scoring guards Sean McNeil and Tajzmel “Taz” Sherman, Coach Bob Huggins can now turn his full attention to Kenyon Martin, Jr.  The 6’7 195 pound 3 star Power Forward out of Sierra Canyon High School in Chatsworth, California, is of course the son of former Bob Huggins’ player at the University of Cincinnati, Kenyon Martin, Sr.

The elder Martin averaged 18.9 points and 9.7 rebounds per game in his Senior season at Cincinnati and was named the Associated Press National Player of the Year.  On an episode of Skip and Shannon:  UNDISPUTED on Fox Sports One, Skip Bayless asked Martin, “Who is the best coach you’ve ever played for?”  Martin’s response without hesitation?  Bob Huggins.

When asked to elaborate on why Huggins is the best coach he’s ever played for, Martin responded, “How he is with his guys. How he cared about his guys. How he gets his guys to buy in. Things that he says to us behind the scenes to get you to believe that you can accomplish greatness. What he got out of me, you know, how he pushed me to be who I am. I think that makes a great coach.”

Kenyon Martin, Jr. has offers from Cincinnati, Georgetown, Florida State, Memphis, Oklahoma, Oregon State, USC, Nevada, Memphis, UC-Santa Barbara and West Virginia.  The only school that he’s visited so far on an official visit is West Virginia back in October of last year.  Rivals FanCast is at 93% for WVU.  Martin averaged 16.1 points and 7.9 rebounds per game for Sierra Canyon.  Described as a “dunking, rebounding and shot-blocking machine”, his motor and energy are what really sets him apart from other players.

With his outstanding pedigree and athleticism, Kenyon Martin, Jr. will likely be Bob Huggins’ next big target and it appears that the odds of landing him are very high.  Click the video below to see what the future in the Coliseum looks like:

Taz Makes His Decision
Press Virginia is BACK