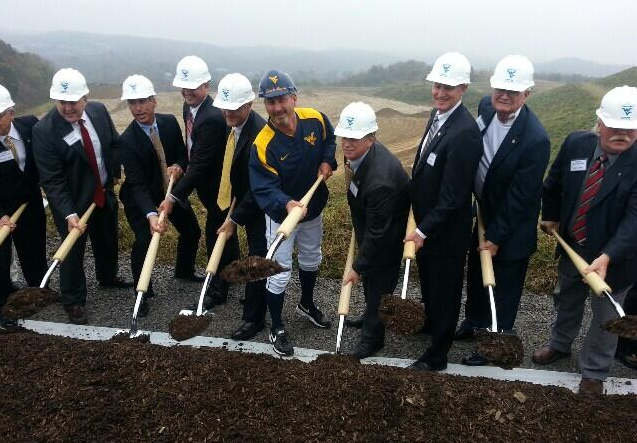 Very exciting. We’ll be sure to see some great baseball seasons for years to come.
Check it out:

It may have been overcast and drizzling this afternoon in Morgantown, but that couldn’t keep the smile off the face of West Virginia University baseball coach Randy Mazey and all of those who enjoy baseball throughout the region.

That’s because ground has been broken on a new ballpark at the University Town Centre. The official groundbreaking ceremony, organized by CONSOL Energy, Inc., brought together a very large contingent of state and local dignitaries.