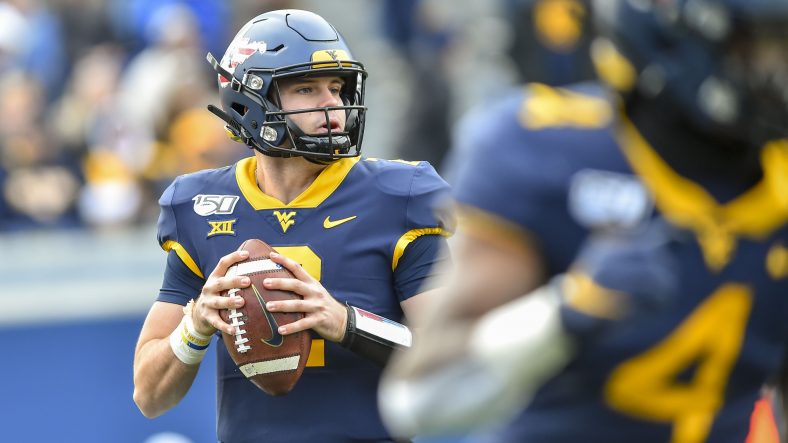 It appears that Jarret Doege’s time as the starting quarterback at West Virginia will start in just moments when the Mountaineers take the field against the Kansas State Wildcats in Manhattan, Kansas.

Doege has taken the bulk of the first team snaps in practice this week and he is expected to start today.

In his postgame conference following the Texas Tech loss, Brown said of his decision to play Jarret Doege, “Just because.  He has four games and I wanted to get him some reps.  I thought he did some good things.  The same things that plague Jarret are the same things that plague Austin.  We dropped the ball, all right, we didn’t do a great job of protection.  I’ll say this, I wish quarterback was our problem.  I wish quarterback was our problem because that’s an easy fix.”

West Virginia’s final drive, a 7 play, 61 yard drive took 2 minutes and 18 seconds and resulted in a touchdown pass from Doege to Freshman running back Tony Mathis.  This was by far the most impressive drive of the game and a glimpse into the future of West Virginia football.  It now appears that Doege will get the start and a significant amount of snaps in today’s game.