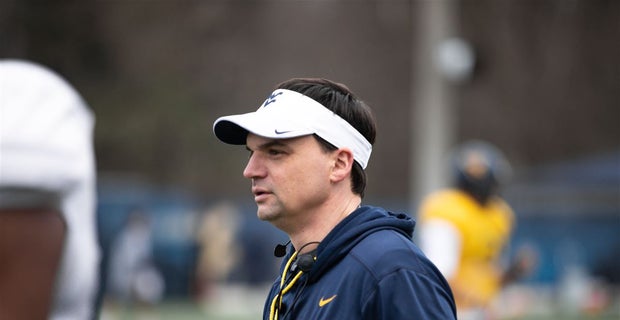 It was Saturday, Sept. 30, 2017.  Young Head Coach Neal Brown took his 3-1 Troy Trojans into Baton Rouge, Louisiana to play the 25th-ranked LSU Tigers in Death Valley.  No one expects to beat LSU in Death Valley.  No one.  102,000 rabid, screaming Tigers’ fans just don’t allow it.  Brown’s team did the unthinkable and beat the 25th-ranked LSU 24-21.

The very next year, Sept. 15, 2018, Brown takes his Trojans into Lincoln to face the Nebraska Cornhuskers.  Again, Troy went into a Power 5 school and did the unexpected, winning 24-19 on the road.

In other words, Neal Brown knows how to take an underdog team into difficult situations and win games that no one expects his team to win.  West Virginia plays one of the toughest schedules in the country this year and there will be a lot of doubters, but ultimately Neal Brown will have his team prepared for every game WVU plays this season.

On August 31, 2019, WVU will field a team that is prepared, both mentally and physically, a team that plays the game the way it is supposed to be played and ultimately it will be a team that Mountaineer fans will be proud of.

Brown is a mastermind at preparing his teams, regardless of how favored they are or how much of an underdog they are.  His teams will be ready to compete and to win.  Pundits predicting a losing record for the Mountaineers this season may have forgotten to consider the “Brown factor.”  While the four new coaches in the Big 12, Les Miles at Kansas, Chris Klieman at Kansas State, Matt Wells at Texas Tech and Neal Brown at WVU, were predicted to finish as the bottom four teams, that appears to be very short-sighted considering the success that these coaches had at previous stops.

West Virginia lost a lot of talent from last season, but Neal Brown’s specialty is taking teams with less talent, outcoaching the opposing coach and winning big games on the road.  Brown will have several opportunities to do that in the upcoming season with big road games where his team will be a major underdog, including games at Missouri, Oklahoma and Baylor.  Brown will find ways to stay close and perhaps win those games.

West Virginia fans will learn to love Neal Brown not necessarily for the wins and losses but rather for the way the team plays, the way that Brown and his team conducts themselves on and off the field, and Mountaineer fans can expect some major upsets and surprises from our new Head Coach on Saturdays this Fall in Morgantown.