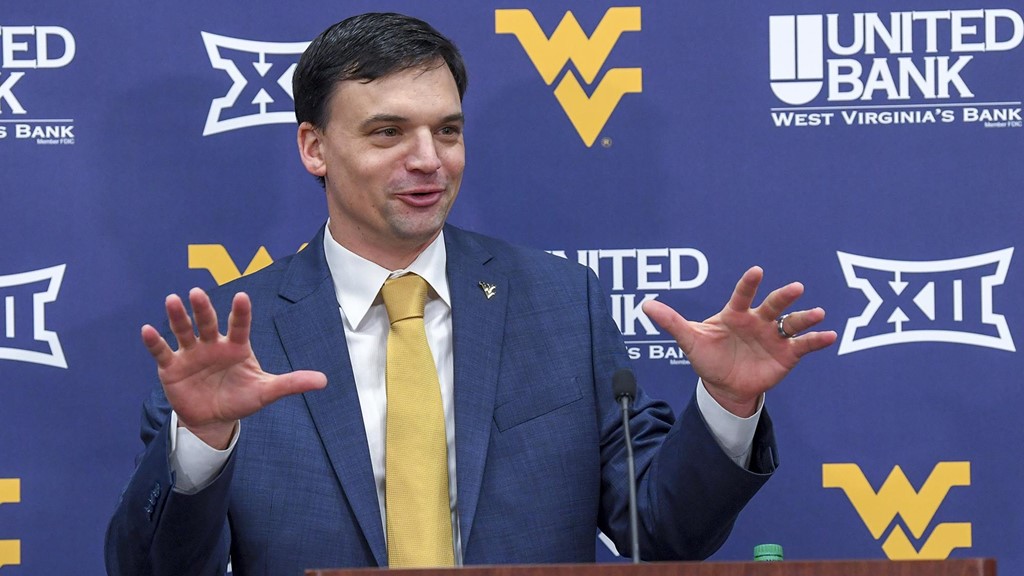 There are 27 major college football programs heading into the 2019 season. According to one publication, West Virginia hired the No. 1 coach out of all of them.

Some of the coaches hired were olders guys coming back, including Les Miles and Mack Brown. A few others are big names looking for a new start, such as Dana Holgorsen and Hugh Freeze. Then there are others that most fans have never heard of like Thomas Hammock and Jamey Chadwell.

It’s hard to project which will do well. Dabo Swinney was an interim coach who didn’t think he had a shot of landing the job permanently. Look how that has played out.

Well, West Virginia Mountaineer football fans have some reason to be optimistic. According to News OK, West Virginia’s new coach Neal Brown is ranked No. 1 among the college football coaches hired going into the 2019 season.

Here is what News OK had to say about the Neal Brown hiring:

1. West Virginia: Neal Brown, 38, replaced Dana Holgorsen. Great fit. Brown grew up in Danville, Kentucky, in the same Appalachian region as WVU, and is offensive-minded, befitting the Mountaineers’ tradition. He was offensive coordinator at Kentucky and Texas Tech; the former is more geographic fit and the latter is more football fit, since Holgorsen was a long-time Tech Air Raid assistant. In four years as the Troy head coach, Brown went 35-16 and beat LSU and Nebraska.

Maybe you’re wondering where Dana Holgorsen was ranked. Here’s what they had to say about Holgorsen, who they ranked fourth:

4. Houston: Dana Holgorsen, 47, replaced Major Applewhite. A great get for Houston. Holgorsen coached on the Houston staff in 2008-09 and loved the city. In eight years as head coach at West Virginia, the Mountaineers went 61-41. Hiring away a Power 5 coach – especially from a solid program – is not easy to do for a mid-major, and Houston did it.

Neal Brown has been a ray of sunshine during a dismal West Virginia basketball season. He’s said all of the right things. He’s been respectful of the program’s past, present and future. He has done nothing to give Mountaineer fans any hesitancy about his hiring.

Mountaineer legend Jevon Carter reached out and expressed his gratitude:

Like what you doing with the town coach I promise you the love you show them is nothing compared to the love that’ll show you???? Forever grateful to have become a Mountaineer!

Brown goes around campus and makes sure his players are in class. How could you not love this guy? If Jevon Carter is grateful, then how could anyone not be?

Yes we realize Neal Brown has not coached a single game for the Mountaineers, but it’s good to see a man leading the Mountaineer football program who carries himself the way Brown does.