Neal Brown Only Cares About Winning 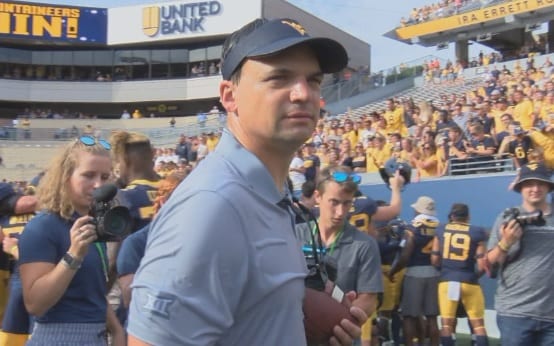 Nothing was pretty today and it may not be pretty throughout the season, but Neal Brown knows how to get it done and he knows how to win games.  At times, the offensive play calls seem vanilla, too safe and conservative, but the reality is that Brown is working with an extremely young, inexperienced team and this is the only reasonable, rational way to manage his offense.

While West Virginia fans may scratch their heads following a call that Brown makes, it’s important to remember that he is thinking several steps ahead of the rest of us mere mortals.  Like the commentator said during West Virginia’s win against NC State, “Neal Brown is playing chess while the rest of us are playing checkers.”

The West Virginia Mountaineers are finally built in the image of the people of our great state.  According to Brown, “We re-created ourselves trying to find ways to put our offensive line in a better position.  You can’t continue doing the same things.  As coaches, just because we’ve had success in the past, you have to adapt.  It’s not about what we’re most comfortable with; it’s about what our kids do the best.  You keep trying until you find some things that work.”

The Mountaineers aren’t a flashy team and they never will be this season, but this team will grind and they will win.   Neal Brown is a gifted football mind, who is confident, very prepared and thorough, and who will an awful lot of ugly games as the Head Coach of the West Virginia Mountaineers.