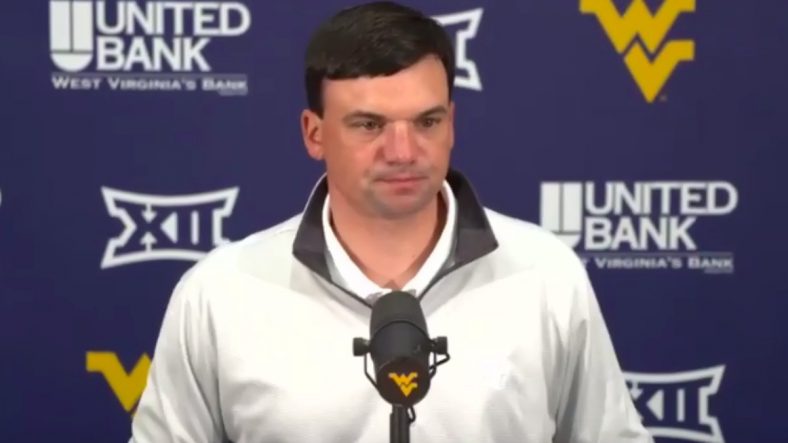 Coach Neal Brown spoke to the media on Monday. During the press conference, he named the offensive, defensive and special teams players of the week. He also announced a new award called the blue-collar award and that’s given to someone who works hard behind the scenes and doesn’t necessarily show up on the stat sheet.

You can watch the Neal Brown Press Conference Show in its entirety here:

Not a tough call, with Leddie getting 123 rushing yards to go with two scores on the ground and one receiving. It was a big day for the Mountaineer rushing attack overall, so it made sense to give it to the running back who led the way.

The offensive line play was infinity better when compared to the beginning of the 2019 season. Mike Brown graded out at 87% and was the highest of all Mountaineer linemen.

"These next two weeks are big.. continue to get him conditioned to play, continued confidence.. I think his week and next are going to be big fo him without a doubt"

The Arizona transfer led the team in tackles and Brown mentioned him “flying around” on defense.

Not only did Addae make plays on special teams but he also had this highlight-reel worthy interception.

Have yourself a debut @alonzoaddae ?

He comes up with a huge interception for @WVUfootball pic.twitter.com/jjrzgLzWrz

Here is a rundown of all of the awards:

Before an off week, the Mountaineers are set to take on Oklahoma State in a game that will have a 3:30 kickoff. It will on either ABC or ESPN.