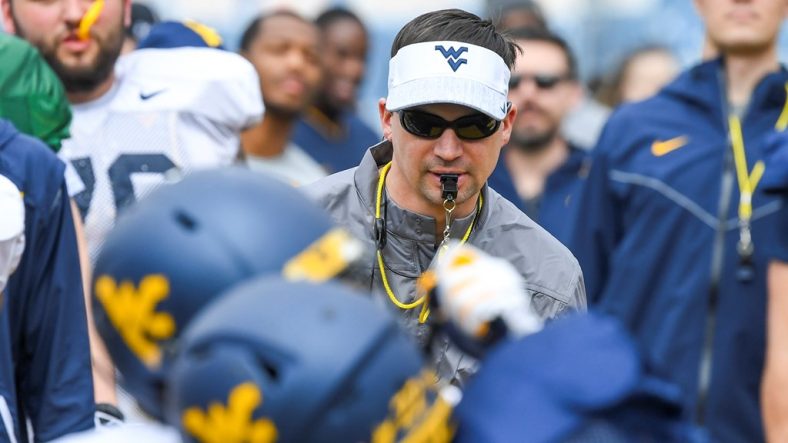 People often mistake kindness and a soft-spoken nature as weakness.  Someone who treats others with respect, who is patient and thoughtful, is often seen as a pushover, as someone that can be taken advantage of.  Neal Brown knows exactly what he’s doing and he is not a pushover.

Although Brown will not be caught screaming and getting up in the faces of his players like past WVU coaches have, Brown is very respected by his players.  In fact, the respect he is given is earned, not expected.

Teachers learn this very quickly in their classroom. You cannot demand respect, it must be earned.  Brown’s parents, both educators, surely taught this important lesson to their son.  You cannot walk into a classroom and say, “Respect me!”  You also can’t walk into a locker room and demand the respect either.

Kids are different today.  They don’t fear adults and they don’t just give respect out willy-nilly.  Teachers and coaches that try to scream and demean their way to gaining respect most often fail now.  College athletes who have always been the best at their given sport their entire life do not respond well to coaches that are overly strict and unnecessarily hard on them.  An exception to the rule, of course, is Bob Huggins.  However, Huggins is a master of forming relationships off the court and figuring out which players can and cannot handle getting yelled out and embarrassed in front of thousands and thousands of people.  Huggins has also earned respect from being one of the winningest coaches in college basketball history.

It’s all about forming relationships.  It’s important to recruit kids that are tough-minded and have a strong disposition, but that doesn’t always happen, particularly with highly-recruited players that are spoiled by their own success.  When Neal Brown took over the program, the very first thing he wanted to do, before recruiting or scheming or doing anything else, was to get to know his players.  His priority #1 was to meet every single player on his team by doing one-on-one interviews.

In an interview with The Exponent Telegram, Brown said, “I think that if people enjoy being around each other and have real relationships, your chemistry grows. The more they care about somebody, the more they know about the person who is playing next to them, then the more they are going to produce for that person next to them.  I think it’s the same way player-to-coach. Once that player understands the coach really cares about them and they’re just not No. 99 or No. 1 or John Doe from this or that part of the country to the coach, then you get more out of them.”

Brown is handling a new team with new players and personalities exactly as he should.   Brown’s foundation, according to his interview with SI, includes five environmental factors: (1) fun, (2) positive energy, (3) family atmosphere, (4) competition and (5) continuous improvement.  Negativity is a waste of his time and his player’s time, and it’s frankly counterproductive for everyone involved.  Treating players how they want to be treated is what necessary and exactly what today’s player needs.

Building relationships and creating a fun, family atmosphere is all a part of his plan  He will get the maximum effort from his players because they know he cares.  You will not find Neal Brown screaming at his players on the sidelines or throwing his headset or losing control.  His philosophy is leading by example and you simply cannot lead by example when you are out of control.  Don’t mistake Neal Brown’s kindness or soft-spoken nature as a weakness, there’s a method to his madness and he very much means business.