Neal Brown: “I’ve got to stop using the F word” 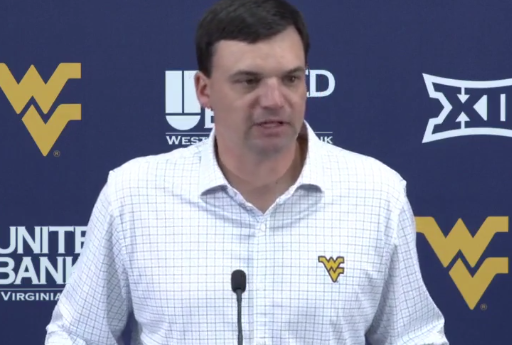 Neal Brown doesn’t make excuses and he’s not going to let his players make excuses either.  At 3-4, the West Virginia Mountaineers have shown flashes of improvement, but mostly we’ve seen a lot of mistakes that are common for new players.

The Mountaineers, who have been forced to play players with little to no collegiate level experience, travel to play the undefeated Baylor Bears on Halloween, Thursday night at 8:00 on ESPN.  In Brown’s press conference leading up to the game, he was clear that he will not allow himself or his players to use their inexperience as a reason for performing poorly any longer.

Brown said that he doesn’t say the “F word” and neither do his players anymore.  The “F word” that he is referring to, of course, is “Freshman.”  After 7 games, the “Freshman” by title or really no longer Freshman, considering how often they’ve been used this season.

Brown reiterated his point, adding, “I’ve got to stop using the “F word.  It’s a built-in excuse for those kids and for us coaches. We’re a no-excuse operation. We’re playing a lot of young people, but we’ve played seven games now. These guys have all gotten experience.”

In other words, these young men have grown up a lot since the first game and still have a lot of growing up to do if they want to get better and compete in the final five Big 12 games of the season, featuring games against Baylor, Texas Tech, Kansas State, Oklahoma State and TCU.

The Mountaineers will likely be an underdog against all five remaining teams, but several of these games are winnable, particularly if Brown can continue to get improved production from players like Sam James, Ali Jennings and Winston Wright on the offensive side of the ball and newcomers Tykee Smith, Kerry Martin, Jr. and Nicktroy Fortune defensively.  These players are the “F word”, but they have also played significant minutes and have shown that they can be productive players for the Mountaineers.

Brown has been dealt a difficult hand, but he is not making excuses and is not allowing his players to either.  This is West Virginia team that still has hope to get newcomers quality minutes, to continue to get better and to win some football games.