Neal Brown is Not Above Being Questioned 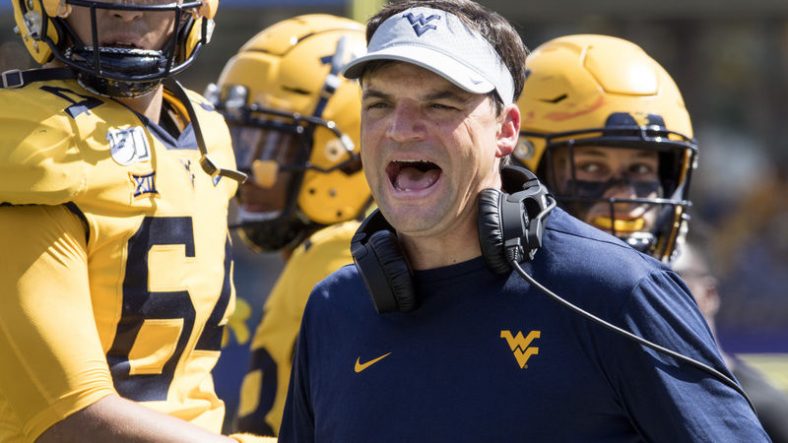 Neal Brown is a fantastic coach and will undoubtedly take the Mountaineers to great heights, but he is not above being questioned. West Virginia’s offense continues to struggle and there are no real improvements in sight for the team this season.

Any criticism about Brown’s first six games are countered with immediate “trust the climb” quotes and reminders that this is a rebuilding season.  This, of course, is true, but even the greatest of skeptics would not have predicted West Virginia’s offense (and its running game in particular) to perform so poorly this season.

For a team with such a porous, ineffective offensive line, it simply does not make sense to continue to run the same zone read option plays with a quarterback incapable of occasionally keeping the ball and running.  In short, this has been the the most obvious reason that West Virginia’s offense has continued to struggle.

If Brown is going to stick with Austin Kendall or Jack Allison at quarterback, an offense predicated on quick, short passing, lots of pre-snap motion and reverse plays to speedsters Tevin Bush, Winston Wright, etc., would clearly make the most sense.  If you need proof, check out the opening drives in the team’s win against NC State.  Simply dropping back with immobile quarterbacks like Kendall or Allison behind an offensive line that can’t slow down any defense in the Big 12 is a recipe for disaster.

If Brown is married to the current offense, Trey Lowe is such an obvious choice as the starting quarterback that it’s maddening that he hasn’t already been given a chance.  A dual threat quarterback is the only answer for a team that can’t block or run the ball effectively.  Lowe is the only player on the team who possesses the physique and skills necessary to bring the West Virginia offense out of the rut that it is currently mired in.

I like Neal Brown, but I don’t like every decision he’s made as the Head Coach of the Mountaineers and neither should you.  This offense cannot go on as it has the past several games and have a chance of winning.  A change needs to happen and it needs to happen right now.