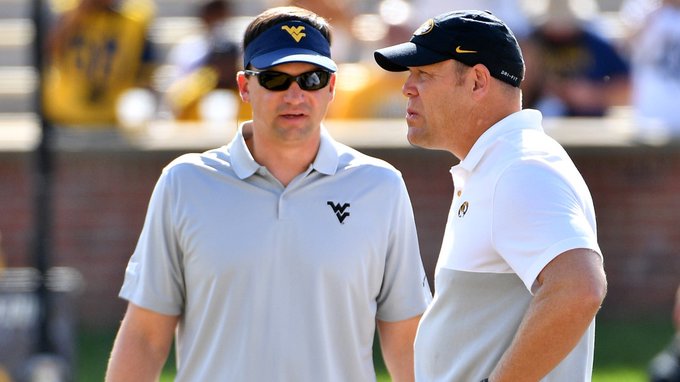 Following his team’s humiliating loss at Missouri, Neal Brown’s candor about the mistakes he made was really very refreshing.  His honesty about the weaknesses of his team, and the confidence he has in fixing them, makes him very easy to believe and to trust.

Following the game, Brown said, “This is key and I want ya’ll to listen to me on this: I’m very disappointed in our performance but I’m not discouraged.  I want that to be heard loud and clear.  We have some deficiencies at certain spots.  They were exposed last game and they were fully taken advantage of against a really good team.”

Brown was not left scratching his head looking for answers after the loss.  He knew exactly why it happened and saw it coming for a while now.  Brown watched a lot of Missouri game film over the summer and saw early what a bad match-up they were for his Mountaineers.

In addition to Brown’s honesty and openness about his team’s areas for growth, his obvious football intelligence was striking in the post game.  The first year Head Coach also predicted exactly what future opponents will do to try to beat the Mountaineers:

West Virginia’s struggles this season will not be because of coaching or schemes.  Neal Brown and his staff are very prepared, very thorough and very intelligent football minds that know how to win football games.