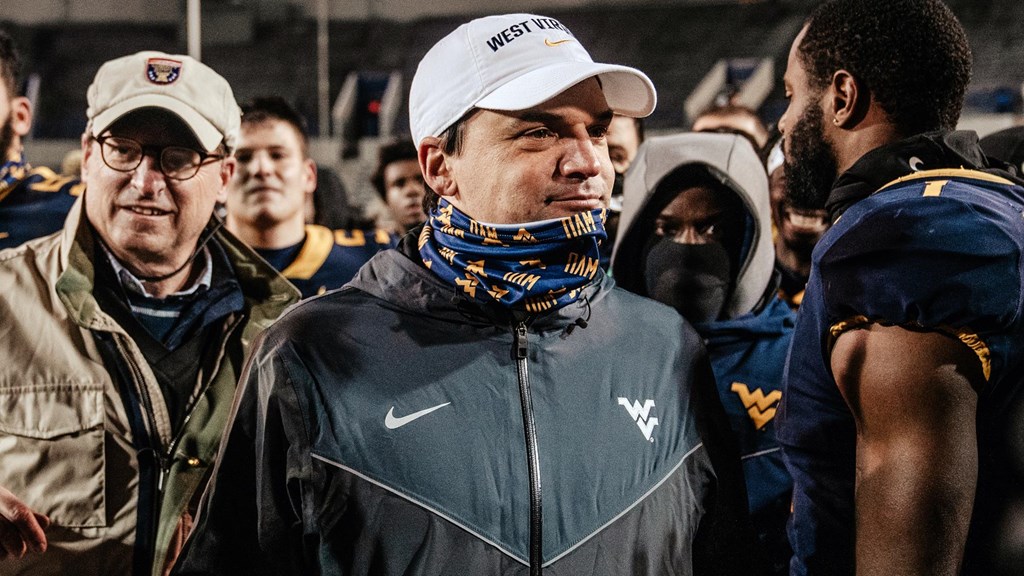 If you happened to be at the WVU-Oklahoma State men’s basketball game tonight, you may have noticed something interesting. Head football coach Neal Brown was in attendance to cheer on Bob Huggins’ crew, but it was who was with him who made his appearance at the game even more intriguing.

Tyson Bagent, a former Shepherd quarterback who is in the NCAA transfer portal, was spotted with Brown taking in the sights and sounds. It has been rumored that Brown and WVU were set to host a “stellar” prospect this week, and with Bagent’s appearance at the WVU Coliseum tonight, it appears as if he was the expected talent.

After the departure of Jarret Doege, the Mountaineers are now on the market for a seasoned signal-caller.  In a room that is already filled with Garrett Greene, Will Crowder, and Nicco Marchiol, the addition of a player like Bagent could really change the outlook for the 2022 season.

There is currently no timetable on when we could expect Bagent to make a decision.