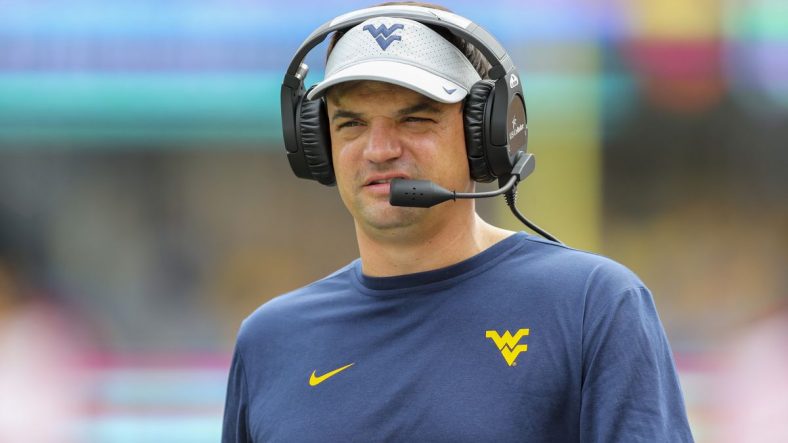 Despite the claims otherwise, West Virginia’s struggles on offense are not due to the poor offensive line.  The Mountaineers only gave up 1 sack last week against an active Baylor defensive line and Austin Kendall has had plenty of time in the pocket for most of the season.

The losses also don’t fall on Austin Kendall, who has missed pass after pass after pass during his time as the starting quarterback of the Mountaineers.  He did what he could with his limited ability and an absolutely atrocious game plan.

The losses can’t be blamed on the injuries or the max exodus of former Mountaineers to the Transfer Portal.  Injuries and transfers are a normal part of any program, particularly when a new coach takes over, and these circumstances need to be prepared for.

West Virginia is 3-6 because of Neal Brown.  Brown’s stubbornness and unwillingness to make a change at the quarterback position has led to one of the worst offenses in the country this season.  If Brown had to continue to go with Kendall at quarterback, his offensive strategy should have absolutely been reconsidered.  His insistence on running a Zone Read offense with an immobile quarterback is baffling.

Not surprisingly, the West Virginia offense looked far better with Jarret Doege at quarterback and there’s a very good reason why – Doege is a superior quarterback to Kendall.  Doege’s pocket presence is so refreshing to see after watching Kendall all season long.  Only, we should have seen it a long time ago.

Logic points at Doege undoubtedly being the starter for the remainder of the season, but it’s far too little, far too late.  Austin Kendall shouldn’t have started after the Texas game in Week 5.  With Doege, or Trey Lowe, the Mountaineers would have possibly beaten Iowa State at home, Baylor on the road on Halloween night and would have almost certainly beaten a truly bad Texas Tech team at home.

This is Neal Brown’s first year in Morgantown and he will get a lot of leeway from the Mountaineers’ passionate fanbase.  I still fully expect Brown to eventually turn this team around and for the Mountaineers to be back near the top of the Big 12 Conference, but this debut season shouldn’t have gone as badly as it has.