Neal Brown Gets It. 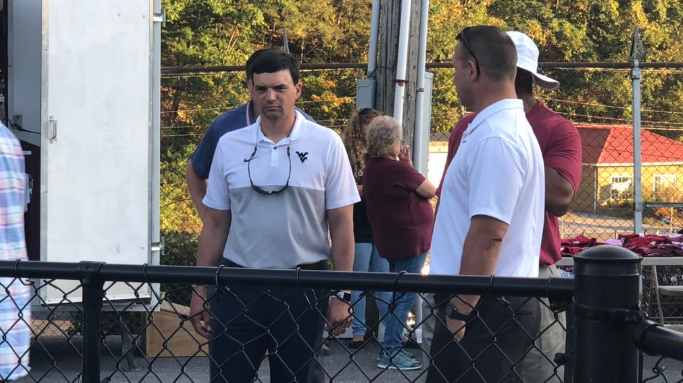 On a Friday night during an off week for his West Virginia Mountaineers, Neal Brown could have been literally anywhere that he wanted.  He could’ve been resting at home after a whirlwind last six months on the job and a 3-1 start to the 2019 season, but instead he chose to drive to Bluefield and watch the Bluefield Beavers take on the Richlands Blue Tornado.

Bluefield won the game 51-38, but Brown was not there to casually enjoy Friday Night Lights in Bluefield.  The Beavers have two key players who interest Brown: WVU commit Kaulin Parris, a 5 star Punter/Kicker, and perhaps more importantly, Sean Martin, a 6’6 Defensive End who happens to be the top rated player in the 2020 class in the state of West Virginia.

Martin initially committed to North Carolina but re-opened his recruitment back in August and West Virginia now appears to be in the driver’s seat to land him.  247 Sports’ Crystal Ball Predictions have Martin to WVU at 100% and listed as the only school that is “Warm” on his interest level.

Landing the clear-cut top recruit in the state in Neal Brown’s first real recruiting class would be huge for the team but moreover an outstanding beginning to Brown’s campaign of keeping in-state prospects home.  While this has not been a priority for previous coaches, there is talent in the state of West Virginia and Brown will make it extremely difficult for West Virginia recruits to leave for other options outside of the state.

Although West Virginia talent exclusively would not win Big 12 titles, they certainly can contribute and there is absolutely no reason that a young player in the state of West Virginia would want to go anywhere but WVU if they are recruited by the Mountaineers.

In addition, Brown visited Bluefield High School back in January to offer condolences to the football team, who lost Tony Webster, a talented player on the team.  Webster passed away tragically after suffering a brain aneurysm during a weightlifting session.

Neal Brown going to the high school of the young man who passed away at Bluefield… What a class act, man. That’s the stuff that speaks far louder than wins and losses ever will. That’s awesome in light of such a tragedy. Prayers for that young man’s family.

Neal Brown is not only a class act who is building the West Virginia football program the right way, he’s also pursuing our young men in our great state to be Mountaineers and focusing on players that will represent the state proudly.